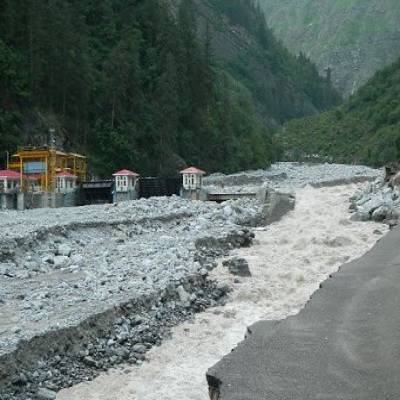 The Centre has finally given a green nod for the Jamrani dam project in the state of Uttarakhand after it was first proposed to the government in the 1970s. 40 years after, the project which is estimated to be worth Rs 25.84 billion, is now set to gain ground at a fast pace.
Reportedly, Chief Minister Trivendra Singh Rawat stated that the environment clearance for the project was the result of a joint push by the state and centre to ensure the construction of the dam would finally commence.
The Jamrani dam will provide benefits to all the residents of the Bhabar area – gravity water from the project will find it way to the people of the Terai-Bhabar region which will also reportedly, irrigate 5,000 hectares of land in Uttarakhand. Apart from that, it will also produce 14 MW of power.
Reportedly, the dam will be built on the Gola River in Nainital and will stretch across 9 km, with a width of 130 metres and height of 485 metres.
Earlier this year in February, the project had received technical clearance from the Central Water Commission. Attributing a high level of importance for the Bhabar region, the Forest Department has allocated 351.49 hectare of land for the project. Additionally, the state government has also set aside Rs 0.8 billion as an initial sum for the project. Following the environment clearance, it is estimated that the dam’s speedy implementation will soon begin.
Previous
Recent
Bombay High Court sets up panel to liquidate HDIL assets January 2020
Construction work of Jewar Airport set to start in February 2020 January 2020
Buyers move Supreme Court against government move to tweak Insolvency Code January 2020
L&T Construction awarded contracts worth Rs 25 to 50 billion January 2020
Scot Horst, Founder of Arc, to Headline Greenbuild India January 2020
Roads projects to be executed the EPC route January 2020
Union Budget must aim to boost domestic stainless steel manufacturing: ISSDA January 2020
Placebo Fabtech gets RDSO approval to supply Steel Bridge Girder for Indian Railways January 2020
Triveni Enterprises celebrates 50 years with new line of machines January 2020
ACE Completes 25 years of Lifting India’s Growth in January 2020 January 2020