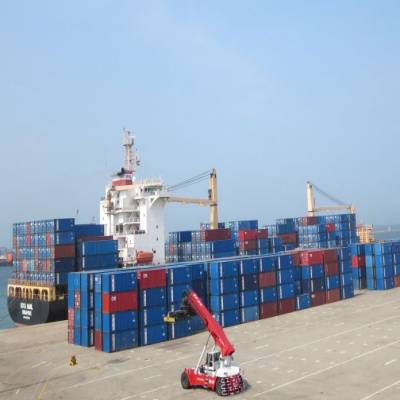 In order to form a national grid connecting all ports, the government has decided to form a committee that will assess the development potential of around 150 non-major ports in the country and will subsequently link them with major ports. This interlinking will aid India’s growth in terms of its export-import (EXIM) cargo.
The Maritime State Development Council’s 17th meeting saw attendance from the central advisory body of the sector – Indian Private Ports and Terminals Association (IPPTA), representatives from maritime states and the Shipping Ministry, where issues related to the minor-ports development and improvement in coastal shipping were taken up. The aim of the gathering was to re-shift focus from only developing major ports to developing both, major and minor ports.
States housing minor ports will be given the option to either take up the development on their own accord or through the public-private-partnership (PPP) mode. Reportedly, the Shipping Ministry will provide the states with a plan in the span of the next six months.
As reported, there are presently, 12 major ports and a total of 204 minor ports in the country. Out of the 204 minor ports, only 44 are operational. The committee has hence; taken up the responsibility to conduct a detailed study of their downstream industry and the agriculture opportunities they have to offer. The plan handed over to the states will reflect this study and will be a comprehensive action plan on how to successfully tackle development to make their respective ports functional.
Reportedly, the meeting also took into account other subjects, including the rules relating to the movement of barrages between states. Every state has a different set of rules and therefore, inter-state movement becomes a major problem. The members decided to put into place a uniform set of guidelines for all states to adhere to, which would relatively ease the moving process.
Previous