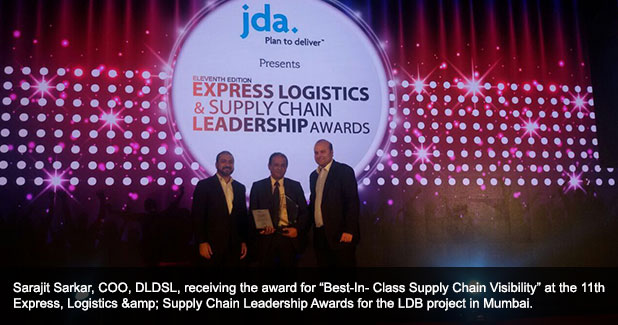 The LDB project was recognised for providing ‘visibility’ and ‘transparency’ in the EXIM Container Movement along the western corridor of India starting from the ports and covering their entire movement through rail or road up to the ICDs and CFSs. At the awards ceremony held at the Taj Lands End, Mumbai, the LDB was also lauded for publishing valuable analytics for trade, which has enabled streamlining of the supply chain.

The Logistics Data Bank Project is being implemented by the DMICDC Logistics Data Services, a special purpose vehicle (SPV) formed between the Government of India represented by the National Industrial Corridor Development & Implementation Trust (NICDIT) and Japanese IT major NEC Corporation. A joint statement issued by the Prime Ministers of India and Japan during the Japanese PM’s visit to India in September 2017, welcomed the progress being made on both LDB and DMIC, which is aiming to develop new industrial cities as smart cities and converging next generation technologies across infrastructure sectors.

The LDB service which was launched under the ‘ease of doing business’ initiative at JNPT-Mumbai and extended to the port terminals of Mundra and Hazira in Gujarat, currently provides visibility for more than 70 per cent of India’s container volume and as of date has provided the service for more than 4.5 million EXIM containers of India. DMICDC Logistics Data Services is currently in talks with southern ports to extend the LDB services and eventually making it a pan-India project.

Alkesh Kumar Sharma, CEO, DMIC Development Corporation, says that the LDB service is a game-changing solution which would bring in efficiencies across the supply chain and with the visibility, transparency and various analytics it publishes, LDB will empower the users in effective decision making and would help in reducing the transaction costs incurred. 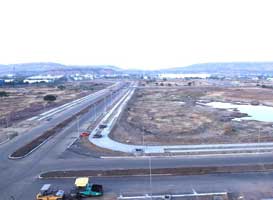