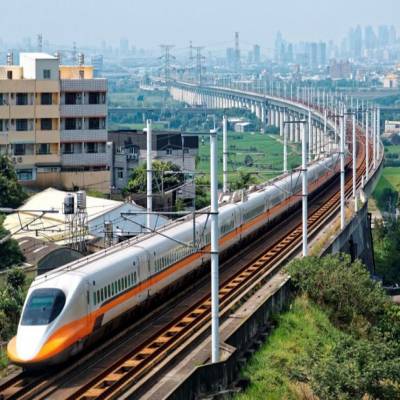 The National High-Speed Rail Corporation (NHRCL) has set the ball rolling on fast-tracking the pre-construction work of the Mumbai-Ahmedabad Bullet train that stretches across 508 km. The High-Speed-Rail (HSR) line is estimated to cost Rs 1.08 trillion and will be expected to become functional by 2023 following the boost in construction.
Adding to the push forward, the Gujarat High Court, reportedly, had recently dismissed all pleas that challenged the land acquisition process of the project.
As reported, the corporation is charged with the responsibility to oversee the country’s first HSR project and will accordingly commence construction work on the cleared land by the first quarter of 2020. Prior to this, all undertakings that require the shifting of facilities and structures including oil well and cables that are in the way of the project corridor have already begun and are going on in full force.
The tendering process for the development is already underway, with the corridor being divided into 27 sections through the span of Maharashtra and Gujarat. The bids invited are for nine of these segments that are reported to be worth Rs 500 billion. The tenders for the remaining sections will be awarded by the end of the current fiscal.
Reportedly, the Japan International Cooperation Agency (JICA) will fund about 80 per cent of the project by means of a 50-year loan; while the rest of the spending will be borne by the respective e two states.
The line will see a total of 12 railway stations, out of which eight are in Gujarat and the rest are in Maharashtra. The prominent terminuses include Sabarmati in Ahmedabad and BKC in Mumbai.
The land required for the project is majorly owned by the government and around 1,400 hectare belongs to private entities. Out of this, 620 hectare has been acquired and steps have been taken up NHRCL to speed up the process to acquire the rest of the land.
Additionally, as reported, India will obtain around 24 bullet trains from Japan for the line and will assemble about six trains in the country itself as a part of its “Make in India” initiative.
Image: For Representational Purposes
Previous
Next 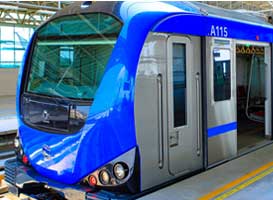