The suburb of Gurgaon has been an essential contributor to the urban sprawl that comprises of prime Delhi NCR. The region has become synonymous with a viral-like growth in the past decade and has assumed a homogeneous nature being a well-established business, housing and leisure hub.

The new residential growth comprising of multistoried apartments initially started along its major arterial roads of MG Road, Golf Course Road and later spread down along the main highway connecting it to Delhi–NH-8. Further along the way as the city started to grow its wings, newer areas were opened up along the Golf Course Extension Road and newer sectors opened up along the proposed Dwarka-Gurgaon Expressway and both sides of the NH-8, beyond the second toll plaza.

Each of these residential precincts has their own set of specifications, price points and target segments. Gurgaon boasts of one of the highest white-collar workforces and with its homogeneous industry mix, it caters to all categories of home buyers – from affordable to ultra-luxury.

The city now has its own default CBD comprising DLF Cybercity and prime roads of MG Road and Golf Course Road. Unsurprisingly, the most well-connected parts of the city and its most central areas have the highest capital values and most of the luxury properties in town.

Neighbouring precincts like the Golf Course Extension Road and parts of Sohna Road have also benefitted from their proximity to city’s prime areas and have a good mix of mid, premium and high-end housing.

The newest residential corridors of New Gurgaon (sectors on both sides of NH-8, beyond the toll plaza at Kherki Daula) and Dwarka-Gurgaon Expressway have been its highest contributors to supply and sales in the previous few years.

The residential market of Gurgaon has largely been quite supply-controlled and that has resulted in manageable unsold inventory levels here.

Price growth has been robust after the troughs of 2009 and the market has seen historic peaks being reached by the end of 2016. Investment activity was strong in the interim period and Gurgaon recorded the highest growth rising by nearly 95 per cent from its historic lows.

The last two years have been tough for the residential sector and Gurgaon’s market was also not untouched. Runaway prices had priced out buyers in the Rs 45-75 lakh category, which is typically the sweet spot for a majority of the homebuyers. The peripheral residential market of Sohna came slightly to the rescue with its low floor prices and being the hub of affordable housing projects.

Over the past two years, we have seen prices remain stagnant with some level of minor rationalisation in prices visible as well. The discounts in the primary residential market have been sustained and have ranged from 8 per cent to 15 per cent, depending on the developers and project’s traction. They, however, do not represent a market-wide trend, where the discounts from well-known players with a good track record have been lower and similar to earlier on-spot discounts as per the usual market practice. Stagnant prices and on-spot discounts have translated to slightly lower prices for buyers.

The period starting from 2013 onwards was already showing signs of moderating supply as developers looked to sell off existing stock even as speculative activity was showing early signs of cooling off. The latter half of this period was also underpinned by a lackluster speculative market and some degree of stress in the secondary market which also had a sobering effect on prices in Gurgaon’s residential market.

The locations of Golf Course Road, Golf Course Extension Road and parts of Sohna Road, will serve as great destinations for homebuyers looking for ready as well as close-to-completion inventory with support infrastructure improving rapidly which is likely to create some opportunity for further value creation.

The area designated as New Gurgaon, with sectors under development along the upcoming Dwarka-Gurgaon Expressway and moving towards Manesar will continue to be a hub for mid-segment and relatively affordable residential developments. Off late, however, with the completion of the Expressway still stuck, new buyers may have the opportunity for bargain buys.

Further down, towards the NH-8, the comparatively low prices, a varied range of unit sizes and the ability to complete on time will help the projects here.

The demonetisation announced on November 8, however, put a slight spanner in the works as many airy statements on price cuts caused a sense of confusion and propagated a wait-and-watch policy for many buyers.  While there was certainly a tapering down of prices in the stressed sections of the secondary market which is populated by short-term speculators who were looking to make quick returns, the primary market did not witness the anticipated price fall. That said, there was a decline in transaction activity as the economy and people came to terms with the demonetisation drive's impact, as was visible from low deal-flow being reported from sections of the residential market.

With RERA implementation in Gurgaon, a higher degree of transparency will prevail. In this immediate post-RERA period, short-term supply constraints are also likely as developers recalibrate their operations to become RERA-compliant. With an increased focus on project deliveries by developers and sluggishness in buying decision-making likely to keep prices slightly flat in the short-term, this remains as good a time as any to make informed purchases with proper diligence and research being the cornerstones for the decision. Gurgaon with its overall vibrant feel and growth remains a buy for all categories of buyers.

About the Author:
Anuj Puri is Chairman, JLLR (JLL Residential) 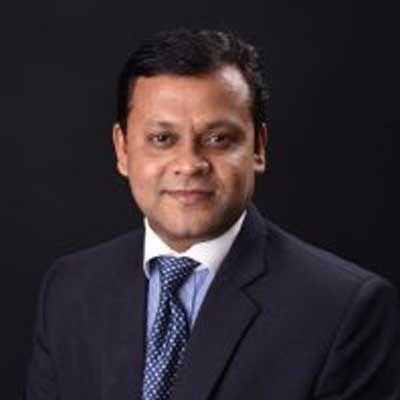 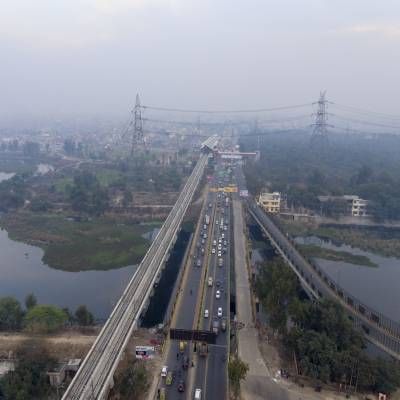 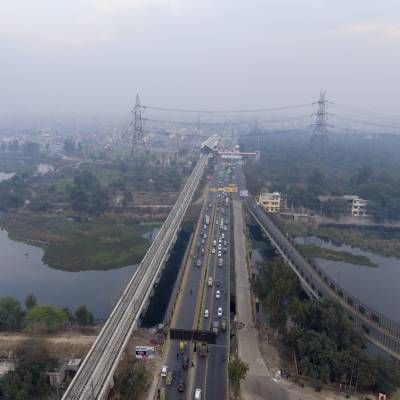 Investment opportunity of US$ 575 bn in India's transport infrastru..

Although the country has improved its transportation landscape over the last two decades, much remains to be done to meet .. May 2020