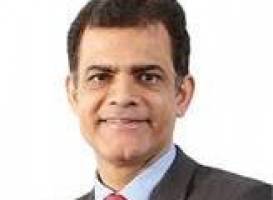 Will India’s housing sector return to favour with PE firms?

Inarguably, the Indian real estate vertical that in the direst need of funding is the residential sector. In a perfect world, the private equity that is now pouring into the country's realty sector would focus on where it is needed the most. However, PE firms have their own investment rationale, and Indian residential real estate has been far from attractive to them.
There are sound reasons for this. The Indian residential sector has been hounded by multiple problems for the last three to four years. These include the issue of stalled/delayed projects, liquidity crunch, and high property values despite weakened demand and slow sales.
The country's housing market has also seen the highest impact of policy-induced disruptions. Given the fact that the housing market was tainted by malpractices and lack of customer-centricity by developers, the government had to step in with policy interventions squarely aimed at cleaning up the sector.
The inevitable fallout of demonetisation (DeMo) on an industry which was 'thriving' on black money aside:
• The long-pending enactment of the Real Estate Regulation Act (RERA) drew clear regulatory lines for the housing market – for the very first time in India. Unregulated developers had to fall in line, step out of the game or merge with more organised players.
• The rebooted Benami Transactions Act closed another gaping loophole, making unregistered property purchase and ownership impossible.
• The application of the unified General Service Tax (GST) to replace all other previous taxes related to residential property purchase added another layer of regulation, resulting in increased complexity as well as increased cost of acquisition for most unfinished projects.
While all these measures were arguably essential for the long-term viability of the Indian housing sector, they resulted in a lot of uncertainty. Private equity players are highly averse to uncertainty, so it is not surprising that the residential space has fallen out of favour with them.
As per Anarock data, between 2015 and 2018, the share of private equity investments in the residential sector reduced from 47 per cent to a mere 3 per cent. Concurrently, commercial real estate saw a significant rise in PE investments.
In short, private equity investors have been steadily drifting away from the residential sector and are increasingly focused on the country's commercial office segment. Indian office spaces – particularly Grade-A projects in CBD and SBD areas – have gained significant momentum over the last four years. Also, the Indian commercial real estate segment has historically been far more transparent and predictable than the residential sector.
Source: ANAROCK Research
Will PE funding into residential revive?
In Q1 2019, the country's housing sector saw private equity PE inflows of US$ 143 million out of the total USD 1.1bn PE investments. However, it seems likely that the tide is turning – thanks largely to the significantly increased momentum witnessed in the affordable housing segment. There is now a vastly improved business rationale for such housing emerging among institutional investors.
• In 2018, HDFC created two platforms of close to USD 700 million with Prestige Group and ATS Group. These platforms' primary objective is to provide long-term equity and mezzanine capital to marquee developers of affordable and mid-income housing in India, at the land and pre-approval stage.
Also, niche residential segments such as student housing and co-living are seeing massively increasing demand. These sub-segments have a lot of potential to attract PE investments. Already, a number of organized players, including start-ups, are venturing into them.
• For instance, Sequoia Capital invested USD 10 million in the Delhi-based student accommodation platform Stanza Living. Goldman Sachs and HDFC were also key contributors to student housing in 2018.
• Global PE fund Warburg Pincus and mid-market hospitality chain Lemon Tree Hotels set up a JV towards the end of 2018 to create India's first co-living platform focusing on the development of affordable, yet conveniently-located living spaces for students and young working professionals. They are targeting all major educational clusters and key office markets in India.
Unsold inventory – the main obstruction: While the rise of niche residential sub-segments is certainly part of the revival story for PE inflows into residential real estate, PE investors need confidence boosts at a macro level, as well. This naturally involves clearing enough of the pent-up unsold housing inventory of nearly 6.65 lakh units across the top 7 cities.
Housing sales did see a 12 per cent increase in the first quarter of 2019. This heartening rise is primarily because GST rates as well as repo rates were reduced, but also because a lot of the new housing supply hitting the market is in the affordable category.
Reviving consumer confidence will result in consistently improving housing sales, which will play a major role in attracting more PE investments into the Indian residential sector. It goes without saying that the industry's fingers are crossed for better times ahead.
About the Author:
Anuj Puri is Chairman at Anarock Property Consultants.
Recent
Transit Retail opportunity projected to see manifold growth by 2030 to US$ 21.6 bn February 2020
Srei Equipment Finance, UCO Bank to co-lend through iQuippo platform February 2020
300 realty developers approach the Rs 125 bn AIF for financial support for projects February 2020
AG&P, ADNOC L&S sign agreement for the long-term charter of a FSU February 2020
Phase-1 of L&T-built Light Rail System (Metro Express) in Mauritius inaugurated February 2020
The VTS Group, celebrating its 30th anniversary in 2019, has presented a new website February 2020
Toto India hosted the architect talk with Taro Muroi and Ar Tsuyoshi Tane February 2020
Bidar airport developed at an estimated Rs 110 million February 2020
Builders in Gurugram may face penalty of up to Rs 3 billion February 2020
KONE inaugurates its new warehouse in Mumbai, India February 2020