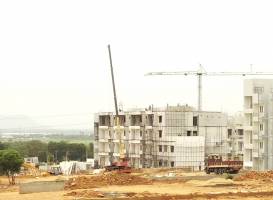 Glass fibre-reinforced gypsum
One of the R&D works at IIT-Madras pertains to rapid affordable mass housing using glass fibre-reinforced gypsum (GFRG) panels. Dr A Meher Prasad, Professor, Structural Engineering Division, Department of Civil Engineering, IIT-Madras, shares more on this building construction technology:
“GFRG makes use of waste gypsum in India. The use of prefabricated walls and slabs made of gypsum with minimal usage of reinforced concrete not only facilitates rapid and affordable construction but adds to greenness. This is load-bearing construction, i.e. with the walls going all the way down to the foundations. It is possible to construct GFRG buildings up to 8-10 storeys without the need for any beams and columns. Our proposal is primarily for mass housing, but can also be used for individual houses and other buildings (with spans in one direction not exceeding about 4.5 m). Over 1,000 GFRG buildings have now been built in the country. Recently, the Bureau of Indian Standards (BIS) has published two draft standards for GFRG: material specification and method of analysis and design of GFRG buildings. A two-storeyed GFRG demo building (1,981 sq ft), constructed at the IIT-Madras campus in 2013, was rendered fit for occupation in 29 days. There was a saving of over 50 per cent in embodied energy for GFRG construction. Currently, the construction of five GFRG hostel buildings (four storeys each) are nearing completion at the IIT-Tirupati transit campus (1.4 lakh sq ft built-area). And a scheme for construction of 36 GFRG houses (two-storeyed) has been recently completed at Nellore by BMTPC.”
Cold-formed steel
In an effort to provide quality, affordable housing in the shortest possible time, Prof Mahendrakumar Madhavan, Faculty - Civil Engineering, IIT-Hyderabad, has been undertaking research to arrive at cost-effective, sustainable solutions using cold-formed steel (CFS). He shares more:
“A type of steel, CFS is a thin rolled sheet, which is run through cold rolled mills. It is thin, flexible, lightweight, and significantly helps reduce the cost of construction. This lightweight steel is best suited for affordable housing; in urban housing, to build up to five floors. With a slab cycle of two to three days for one floor, it can also be achieved in a day or two with skilled labour and equipment operators. CFS is ideal for use in disaster or earthquake-prone areas. Further, it is a green material, which means it can be reused at the same native strength at which it was produced. It is innovative and flexible as it can be rolled in to desired shapes. And being light weight, it is easily transportable.”
3D printing
The industry is vouching for 3D printing construction technology for the speedy construction of affordable homes. IIT-Madras has recently developed this technology for the first time in India. In fact, in its February 2019 edition, CW reported on the several benefits of 3D printing technology and its application in construction. Read the entire article on Page 94!
What makes it different from conventional construction technologies? Manu Santhanam, Professor, Department of Civil Engineering, IIT-Madras, says: “It is a completely digital way of construction. Compared to conventional construction methods that require formwork to get the desired shape to the concrete structure, 3D printing involves the direct placement of concrete in desired locations, and a layer-wise build-up of the structure. Thus, there are considerable savings in cost and time. 3D printing can overcome the difficulty of time and cost overruns in the Indian construction industry by offering a completely computer-monitored construction process.”
According to Rohit Poddar, Managing Director, Poddar Housing & Development, “The 3D printing technology can be used to reduce the time and wastage of raw materials, which will enhance the affordability of homes.”
According to Rahul Sabharwal, CEO, VBHC Value Homes, “While the technology is at a nascent stage, being prototyped in France to provide affordable housing, it is something that has to be rapidly adopted, especially in the affordable housing sector, where the gap is largest in rural India and can be fulfilled through these technologies.”
And PNVS Murthy, Vice-President (Tech), NCC, adds, “This technology is at an advanced stage of development in various countries for the construction of an entire building in just three days.” He believes it may take some more time to implement this technology in mass housing schemes.
Evidently, 3D printing construction has the potential of being among mainstream construction technologies in India in a decade’s time.
- SERAPHINA D’SOUZA
Previous
Next 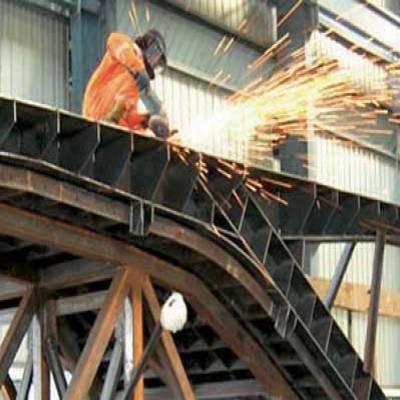 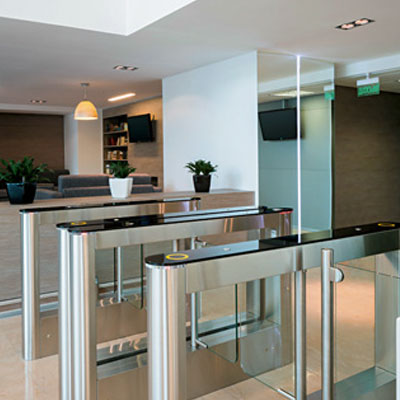 Need of the Hour

Urbanisation is now becoming the most happening global phenomenon. According to the United Nations report, about 68 per ce.. January 2020 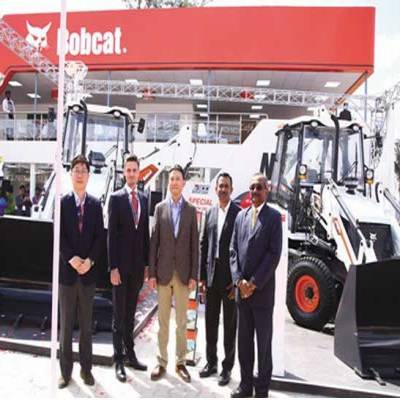