With 17 winners and 300 guests, the Awards went live for the first time, recording an online viewership of over 3,500 from India and across the world.

When cement and steel meet champagne and silk, the result is magic. And gilding the magic was the camaraderie in the room, which came from a sense of fraternity and common purpose. Another rich addition to CW´s bank of memories built over the past 14 years, the CW Annual Awards constituted another step in the journey to bring the industry to centrestage, recognise achievements, and honour construction heroes.

Last year, the sentiment was one of hope in the promise of revival, the belief that the India story will soon begin. This year, this hope was underlined by conviction and consensus among the crFme de la crFme of the industry of resurgence building in the country. In fact, ´resurgence´ was the theme of the grand evening where the 20th Construction World Anniversary Edition was also launched. The blockbuster issue showcases the expectations of industry captains of transformation and growth owing to the initiatives and efforts of the Narendra Modi Government.

The winning sentiment!
Challenging times call for bold measures, and the change appears to be evident with outdated laws deleted, rules tweaked and a proactive and business-friendly framework of the law established. Road projects are on a roll and railways and airports are set for takeoff. India is also becoming increasingly resonant overseas. This transformation was reflected in the demeanour and words of the construction stars as they walked the stage in celebration of their achievement. While for Sunil Hitech, the growth in the roads sector has added to the company´s growth, the hybrid annuity model (HAM) launched by NHAI has given MBL Infrastructures the required visibility. Similarly, where PNC Infratech alone bagged more than Rs 4,000 crore worth of projects last year in the EPC sector, Dilip Buildcon said in true competitive spirit, ´When my competitor sleeps, my team wakes up.´ Such words added immense energy to the evening, giving it the required fillip (read more on what our winners had to say from page 74-84).

CW also received high praise at the event from the showstoppers, Construction World Man of the Year Raghav Chandra, Chairman, National Highways Authority of India (in the Public Sector) and Vinayak Deshpande, Managing Director, Tata Projects (in the Private Sector), whose victory was greeted by resounding applause and cheers from the audience. Chandra said, ´It is indeed an honour to receive this award as I am deeply conscious of the fact that CW is a great magazine and of the high stature of the jury that selected the awardee.´ (to meet the jury, refer to the picture above) And Deshpande remarked, ´CW is a cheerleader as it puts in relentless efforts to ensure that the industry has visibility; there is recognition for good work and good play... Such an evening encourages all of us to perform better.´ (see them receive the award on Page 74, and their exclusive interviews with CW on page 92 & 94) Back to the start!

With 17 winners and 300 guests, this was indeed a milestone event as it was broadcast live for the first time and recorded an online viewership of over 3,500 from India and across the world. Kicking it off with aplomb, Pratap Padode, Managing Director, ASAPP Info Global Group, listed the many developments and advancements during the current regime of the NDA Government, and went on to elaborate upon the methodology of selecting winners. ´This is the only listing of fastest growing construction companies in India for the past 14 years,´ he pointed out. ´Our jury meets have become legendary for their ability of not only bringing diverse people from this industry, but throwing up ideas and insights on the industry.´ (Read more on the following page)

This was followed by Raghav Chandra, Chairman, National Highway Authority of India, the Keynote Speaker. ´These are good times because I can vouch that there is a mindset, a keeping, an environment for wanting to achieve what was hitherto impossible,´ he told the audience. He went on to say that the highways sector has been buzzing with positive news, adding, ´The vision is to dig out about 10,000 km of road projects every year for the next six years, of which we are likely to award about 6,000 to 7,000 km every year.´ (read more on page 66.)

The red carpet
Another highlight of the event, in keeping with its reputation of being the Oscars of the construction industry, was the red carpet! The winners faced the camera with the confidence and verve that comes from true achievement. Dilip Suryavanshi, Chairman & Managing Director, Dilip Buildcon, said, ´We are our biggest competitors; every year we step into new targets to set and achieve.´ And, Vinayak Deshpande said, ´We bagged many orders in the last two years, and the good news is that we are executing them well.´ AKS Chauhan, COO, GR Infraprojects, shared, ´We have stopped bidding for smaller projects as we are only eyeing the big ones.´ And TV Sandeep Kumar Reddy, Promoter and Managing Director, Gayatri Projects, revealed, ´In the next five years, we want to concentrate more on the EPC business.´ Anil Kumar Rao, Whole Time Director, PNC Infratech, remarked, ´We work only within our strength areas.´ And, equipment man Deepak Kumar Hota, Chairman & Managing Director, BEML, said, ´We epitomise what the honourable prime minister talks about ´Make in India´ because all our verticals - defence, mining or railway - are helping India achieve its strategic intent.´ (view these and many more on www.ConstructionWorld.in/Awards/videos) Adding extra sparkle to the event were diplomats representing countries such as Belgium, Turkey, Kenya, Korea, Canada and Sri Lanka. The 14th CW Annual Awards was truly the perfect platform to network and build new bonds to the benefit of all. True to its theme - resurgence - the event was both energising and enervating, a harbinger of good days ahead. 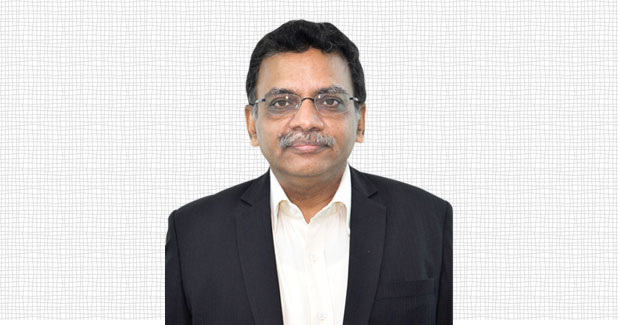 With L&T´s surveillance network, Mumbai has come under the scanner..

The Mumbai City Surveillance was a breakthrough project for the Smart World Communications business vertical of L&T Constr.. December 2016

L and T's credibility for quality and timely delivery are the main ..

With the rupee taking a dive vis-a-vis the dollar and order books drying up, these are certainly not the best of times for.. November 2013