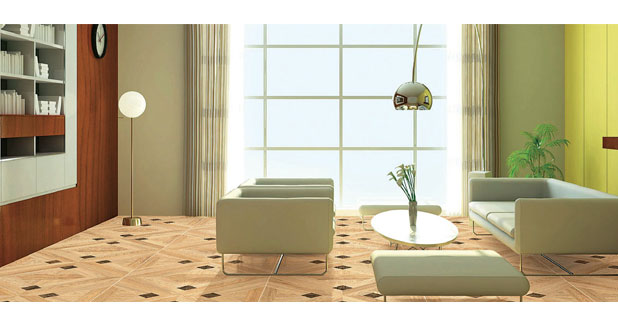 During the last two decades, the Indian Ceramic Tile Industry (ICTI) has recorded phenomenal growth in product profile, geographical spread and value-added products. India is the third largest consumer of tiles in the world, accounting for about 6.25 per cent of global ceramic tile consumption in CY2014. Morbi in Gujarat is India´s largest ceramic tile-making cluster with over 600 units manufacturing glazed tiles, sanitaryware and vitrified tiles. Approximately 70 per cent of India´s total production of tiles is carried out by units located in this region. Morbi is also a top exporter of ceramic tiles to Africa and the GCC region.

The consistent growth of the organised sector during the last four years has been backed by widening of product portfolio and geographical reach. ICTI is highly fragmented with the presence of numerous family-owned entities, apart from some large integrated manufacturers, leading to high level of competition. The unorganised sector accounts for nearly 50 per cent of the ICTI, represented by more than 500 family-owned entities and around 15 entities in the organised segment. The composition has provided the opportunity for consolidation, and scaling-up of operations by entities in the organised segment, in a cost-effective manner.

Key growth drivers ICTI enjoys the advantage of being largely indigenous with an abundance of raw materials, labour, technical skills and infrastructural facilities. It is estimated that ICTI employs over a half million people, both directly and indirectly. Despite the slowdown in the real estate sector and an adverse macroeconomic environment, low per capita consumption of tiles in India, rapid urbanisation, increasing disposable income of nuclear families and untapped rural market and stable replacement demand is envisaged to augur well for the ICTI.

Levy of anti-dumping duty
After analysing the industry impact and to encourage domestic manufacturers, the Union Government imposed an anti-dumping duty of $1.37 per sq m on all vitrified tiles imported from China in March 2016. This move is expected to provide a level playing field to ceramic players, especially those from southern India.

Government thrust The number of ambitious programmes launched in the last two years by the Union Government such as the Smart Cities Mission, Swachh Bharat Abhiyan (Sanitation for All by 2019), Atal Mission for Rejuvenation and Urban Transformation (AMRUT) and Housing for All by 2022, would act as a big push in demand for the ceramic industry in India in the years to come.

Goods and Services Tax (GST)
Implementation of GST will be a welcome change for ICTI. Currently, manufacturers pay approximately 26 per cent as indirect tax, including excise duty, central sales tax (CST) and VAT. The new tax regime will create a seamless national market for organised players, resulting in removal of inter-state barriers and improvement in supply chain. It is expected to create a win-win situation for the government, ICTI and the consumers across India.