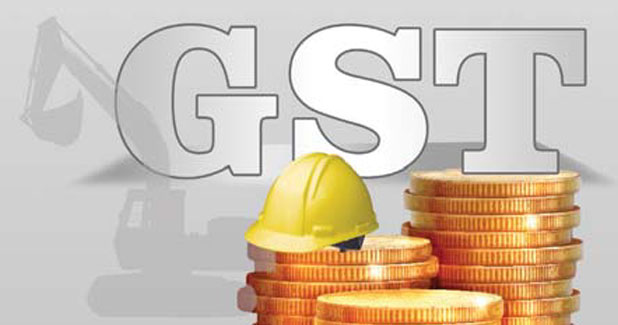 CW explores the GST impact across construction segments, with an indepth analysis, an exclusive interview with the GST Council and seeks industry sentiments on the rollout.

Overall, the impending rollout of the Goods and Services Tax (GST) is expected to usher in a uniform and transparent tax regime in India. With a large number of central and state taxes subsumed into a single tax, and set-off benefits of prior-stage taxes, the ill-effects of cascading could become a thing of the past. This will also allow free flow of tax credit in intra and inter-state transactions, leading to a leaner, smarter tax structure.

At a granular level, though, the impact of GST will play out differently in different sectors.

In the construction industry, for one, its impact would vary across segments: Ports, real estate, roads, power infrastructure, etc. While it is expected to be positive for the construction of ports, the impact is expected to be negative for residential real estate and power infrastructure, and neutral for building materials. However, for the roads sector, the impact will be determined after clarity on classification of road contracts. Let us take a closer look at the new regime and its impact on the industry.

What does GST entail?
GST is a consumption-based tax on goods and services that subsumes most indirect taxes - excise duty, value-added tax, service tax, additional excise duty, central sales tax, etc - and would be levied concurrently by the Centre and the states. The umbrella covers the Central GST (CGST, to be levied by the Centre), the State GST (SGST, to be levied by the states) and the Integrated GST (IGST, to be equally apportioned between the Centre and states on interstate supply of goods and services). The new regime is set to take effect on July 1.

How are states geared to receive it?
The destination-based taxation structure of GST implies that states with manufacturing bases will potentially lose revenue that will be compensated by the Centre. In the first year, that works out to about Rs 500 billion. Key states that will require compensation are Gujarat, Maharashtra, Uttar Pradesh, Tamil Nadu and Haryana.

Under the 'Goods and Services Tax (Compensation to States) Act, 2017', proceeds from additional cess on sin goods or luxury items will constitute the pool from which states would be compensated for any revenue loss for five years after implementation. The SGST Bill is to be adopted by each state individually. As of June 19, 2017, all the states except Jammu and Kashmir, West Bengal and Kerala have passed the SGST Bill. Jammu and Kashmir has resisted as there are fears that GST will compromise the state's fiscal autonomy and special status. Currently, no service tax is levied in the state and the tax structure is decided by the state government. However, as per government sources, West Bengal and Kerala are expected to pass their respective bills before the July 1 rollout.

What benefits does it offer businesses?
The benefits of GST on business practices and company strategies will pan out only in the medium term (up to three years).

These include:
Improved demand in select sectors: The GST legislation lays stress on curbing profiteering. Accordingly, any reduction in tax rate on supply of goods or services, or the benefit of input tax credit, needs to be passed on to the recipient by way of commensurate reduction in prices. Demand improvement will occur in sectors where such tax reductions are significant, provided companies pass on the tax savings to consumers.

Goods manufacturers to benefit more: While the new regime will have a structural impact on the supply chains of goods as well as services in the medium term, efficiency improvement is estimated to be higher for goods.

Structural changes in supply chain and logistics: With GST, many companies are expected to migrate from a current strategy of 'multiple warehousing' to the 'hub-and-spoke' model, as tax treatment across India will be the same. Most business decisions will shift focus to supply chain efficiency from state-wise tax arbitrage. This could spell a major business opportunity for organised warehousing players with large warehouses in key geographies.

Rising share of organised players: Input tax credit, being the crux of the GST mechanism, will ensure wider coverage of taxpayers in the supply chain.

As supply from only registered taxpayers will be allowed for input tax credit, businesses and stakeholders will insist on registration of their suppliers and traders, leading to higher share of organised participants. Further, failure to comply with the GST return timelines will impact the compliance ratings of suppliers.

What are the downsides?
On the downside, compliance costs are likely to go up with GST implementation, given the need for registration and filing of returns in multiple states. There will be a huge burden on smaller entities as they might not have the infrastructure required for the digital technology required under GST.

Several states have, in the past, offered tax incentives to companies for setting up manufacturing units. Dilution of the states' power to levy independent taxes or offer exemptions under the GST regime will impact existing projects too. However, at present, there is a lack of clarity on this issue.

Also, GST will increase working capital requirements across major manufacturing sectors on account of tax liability on inter-state 'stock transfer'. Accordingly, businesses will not be able to claim their tax credits until the shipped goods are sold. To reiterate, stock transfers in the current regime do not attract any tax even during an inter-state transfer.

CRISIL Research believes industry stabilisation under the new tax regime will take a couple of quarters, on account of three major changes:
Non-inclusion of several central taxes, such as additional customs duty and surcharges, was the main limitation in central value added tax (CENVAT) pre-GST.
At the state level, there were several taxes such as luxury and entertainment tax, which were not subsumed in the VAT. Pre-GST, state VAT was also applied on the value of goods including CENVAT, leading to a cascading effect.

How will it impact the construction sector?
As stated earlier, the impact of GST implementation on construction will vary. The adjacent table captures the segment-wise impact.