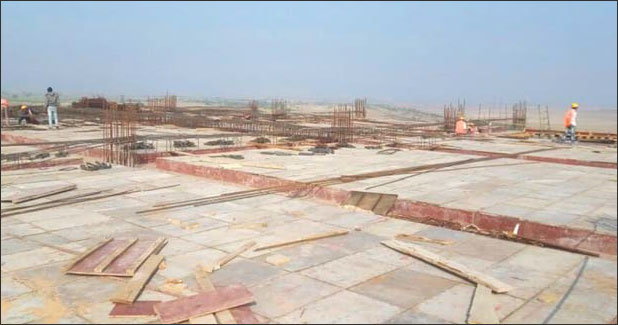 Greenfield cities are overcoming and succeeding challenges on the smart run

While there is a set of 100 Smart Cities under the Ministry of Urban Development (MoUD) mission, there is also the Delhi-Mumbai Industrial Corridor (DMIC) alongside, wherein industrial townships are being developed and further funded under the Department of Commerce.

The idea behind such industrial townships is to grow the manufacturing GDP from 15 per cent to 25 per cent.

Among these greenfield townships - also known as smart cities - along the DMIC route, Dholera is the largest at present, at 900 sq km. 'The budget for
the space is about Rs 3,300 crore, of which we have already issued tenders worth Rs 2,700 crore,' says Jagdish Salgaonkar, Senior Vice President and Program Director for Dholera, AECOM. 'Six large contractors are already on board, actively working on the job site. As for the remaining 30-35 per cent of the work tenders to be floated, the goal is to have these awarded by September 2019.'

'One of the biggest challenges in a greenfield development such as DMIC is land acquisition,' says Alkesh Sharma, CEO & Managing Director, DMICDC. He goes on to list other challenges: When we talk of smart cities, we also want to create a smart institutional mechanism; such that the SPV or company that will manage the city should have enough powers to immediately facilitate the requirement of an investor, whether it is allotment of land, providing water or power connection, etc.
There are two types of challenges, adds Salgaonkar, citing the Dholera project as an example: 'The hard engineering type and soft perception public management challenge.'

He adds, 'On the hard side, Dholera is extremely flat low lying land. So building the storm water drainage system was a challenging task. We came up with engineering solutions to build a city centre canal that carries all the water and we are going to harvest all the rainwater into the canal. Then from the soft side, the biggest challenge for any city is getting over the perception of the people that their land will be converted into a city and whether they are getting fair compensation, etc.'

'At present, DMICDC is managing with the funds it has, but it will simultaneously look at innovative funding models besides land monetisation, where land is offered to an industry and the money generated is used for other development', according to Sharma. 'Also, there are activities that can be financed through securitisation by revenues in an escrow mechanism. Then, there are PE funds, pension funds, bonds etc. While we do not really need much funds in 2019, the requirement will arise when we move into the next phase.' 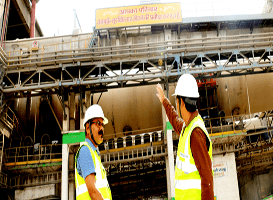 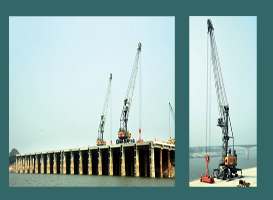