Thinking out of the box

At long last - and notwithstanding the cynical view that it is possibly guided by approaching national elections - the Cabinet Committee on Infrastructure's most recent Rs 200,000 crore push for the implementation of 35 crucial projects, and assigning a 60 day clearance deadline for them, appears to be a hugely welcome initiative at a time of policy paralysis. There is a need to shed inertia as the spectre of niggardly inadequate infrastructure stares India in the face. The irony is that even as these seemingly gung ho announcements have been made, a blame game has started in New Delhi with BJP's Yeshwant Sinha pointing towards the Congress' Jairam Ramesh as being singularly responsible for bringing in green hurdles which shaved off 2.5 per cent of the GDP during his tenure as environment minister. Ramesh, who now holds charge of the rural development ministry, has hit back at Sinha, of being the "single most destabilising factor in government-opposition relations". As if that were not enough, Finance Minister Chidambaram has now ascribed the current depreciation of the rupee to decisions taken at home to counter the impact of 2008 economic meltdown - the oblique reference is to his predecessor, Pranab Mukerjee's handling of the crisis.

Such finger pointing both within and without does not bode well when the only solution for the country is goal directed action. The opposition and the government need to iron out their personal differences and put country before self - because the country will have to deal with either of them in an extended comatose economic situation whoever comes to power post-elections.

Very obviously, therefore, there is a need to change our mindset and think out of the box when it comes to national priorities like infrastructure. Nowhere is the lack of urgency as evident as in the manner in which India's roads and highways development programme has unfolded. That is an area which needs a dramatic overhaul. The government needs to fix things through a combination of measures like renegotiation of contracts, allowing exits to debt stressed promoters, and by ensuring that the Rs 20,000 crore worth of outstanding payments now caught up in arbitration are resolved soonest. One way to open up funds to the sector would be to introduce an NRI bonds issue to build forex reserves and launch Real Estate Investment Trusts (REITs).

Indeed desperate measures require desperate solutions. India needs to drum in itself a greater sense of urgency. The fabled story of the hare and the tortoise seems to have been frozen deep within India Inc's subconscious. While Beijing has long ago stolen the march in terms of the pace at which it builds its roads, bridges, railways and cities, New Delhi somehow appears to be inured to the prospect of assuming the tortoise's mantle in the misleading hope that slow and steady will ultimately win the race. While the story may have some merit in a philosophical context, it does not always ring true. Ground realities are often in variance with moral science lessons. And it is time for us to get our act together. Despite the economic downside, there is still some room for optimism. The country's hospitality sector is looking to add more rooms to its existing portfolio. Come hell or high water this is also the time of the year when CW conducts its annual ritual of honouring builders and architects for their outstanding contribution to the construction sector. The hugely popular CWAB Awards, now into its eighth edition, both recognises - and underscores the importance of India's leading developers who uphold construction sector values and lead the way with integrity and innovation in challenging times. Read on to find that there is still a lot to cheer about! 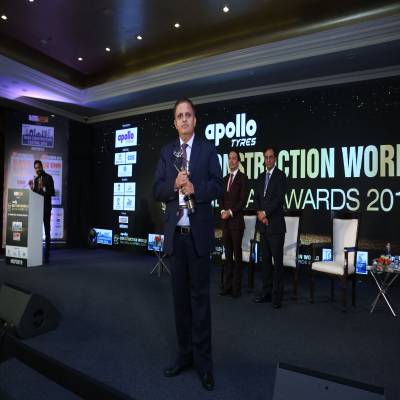 Having received the Person of the Year 2019 in the Public Sector at the recently concluded 17th CONSTRUCTION WORLD Global .. November 2019 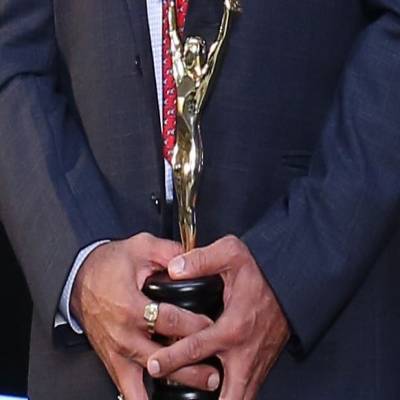 With his unmatched domain knowledge, expertise and leadership style, Chinta Sridhar, has set unmatched benchmarks for his .. November 2019