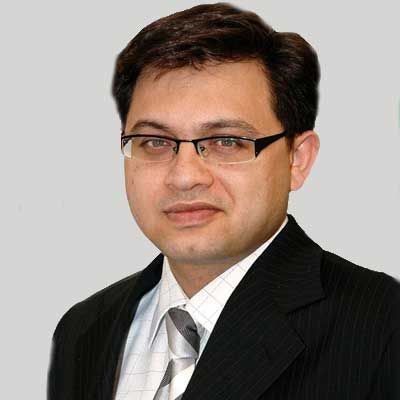 How have the four funds by Indiabulls AMC been performing?
In fact, our fifth fund is soon to be announced! Our first fund in 2015—worth Rs 6 billion—was launched for investments in under-construction residential projects of Grade-A developers in India’s top six cities. The nature of the fund was a senior secured debt and we deployed the entire fund in about a year’s time. We have already returned over 120 per cent to investors, and will return the entire fund with an internal rate of return (IRR) of about 20 per cent in the second half of this year.

In 2016, we started raising our second and third fund. While these too were for investments in under-construction residential projects, they were more of a hybrid structure, where there were fixed returns or debt-type returns from 15-17 per cent. Above that, there was a bit of equity to take the IRR up to north of 20 per cent. We raised about Rs 8 billion in these two funds and deployed all of it by early 2018 across the top six cities. These funds too have been doing well. In fact, we are among the few funds in the marketplace that have never defaulted or delayed any pay-out despite the tsunamis of demonetisation, RERA, GST and liquidity crash.

With three funds in residential, what led you into commercial funding, which you launched in 2017?
There were two reasons: the upswing in demand for commercial real estate since 2015 and the capital demand available. Also, residential demand had started to slow down significantly and was becoming more risky because of the lack of central space. In the commercial segment, we were looking at acquisitions of completed and leased-out offices. Typically, real-estate investments are associated with certain risks: construction, development, sales and marketing, project completion, regulatory, financial closure, etc. In commercial real estate, however, especially in the completed asset space, none of these risks apply. We envisaged high returns of 17-19 per cent with a disproportionately lower risk! In residential, with all these risks, you would make a 20 per cent IRR. Keeping in mind the risk-reward ratio, we launched our commercial real-estate fund.

The idea behind this fourth fund is to create a portfolio of Rs 20 billion worth of assets across the top six cities at a cap rate of 8-9 per cent and hold them for a five-year timeframe. Along with rental growth and a minimal cap rate compression, we would get an IRR of 17-19 per cent. We have already done three deals and will soon announce our fourth one, where we have committed Rs 8.5 billion. With the market witnessing many changes in past year and a half, this fund is even more attractive now.

Even so, Blackstone started investing five to six years ago. Theoretically, it has created a liquidity event and would now be sitting on a good IRR investment. We, too, are looking at something similar. Many large financial PE investors have enough capital and would be happy to buy a portfolio of assets that an institutional player like us curates for a cap rate prevailing at that point in time, as they end up making high returns.

What range of assets would your new commercial fund cater to?
Today, most capital available for commercial real estate, from an institutional standpoint, is chasing larger assets. Blackstone, GIC, Canadian funds, sovereign funds from the Middle East such as Qatar Investment Authority, European funds such as APG, Dutch Pension Fund, are all targetting large assets. On the other hand, there are the HNI or family office capital buying commercial assets generally less than Rs 1 billion.

So, when we were launching our third commercial fund, we figured there was a gap in the mid-segment. There was no fund in the Rs 2-5 billion range. We thought of a strategy wherein if we come up with a fund that targets Rs 2-5 billion worth of assets, where the quality and locations are fantastic, and it is a ticket that allows you to acquire the complete buildings, it only adds value. We are the only ones on the domestic front in this range; hence, it helps us get better pricing and good-quality assets.

Investments of late have primarily been in asset acquisitions. What models are developers preferring: JVs, asset-light, any other?
Currently, the market and most developers are stretched, and capital availability has become a challenge. Big developers such as Godrej, Tata, Mahindra, prefer joint developments or JVs because of the asset-light model where you lend a brand or development and get access to a lot of assets. Then, there are developers such as Lodha, who prefer buying land and then developing. It is preferable to do JVs that can sell better or achieve a premium over other markets. The market is increasingly tilting towards this.

Are investmentsmore of equity, mezzanine funds, structured debt, or any other?
A bulk of capital is going in commercial real estate, mainly in equity form. The way to make a higher return is to acquire assets to hold over a period of time to make a 17-20-per-cent IRR. For residential, buying and holding will not give a higher IRR, as the rental on residential is under 2 per cent, whereas on commercial it is 8-9 per cent. Typically, what is trending in residential is hybrid or mezzanine or structured debt. But going forward, equity will be available for residential as well, because the balance sheet of every single developer is heavily leveraged already. These will need to be deleveraged, which can only happen if institutional and PE capital starts to look at equity rather than structured debt. We are also looking at affordable housing equity funding.

Also, consolidation has led to the emergence of special situation funds....
Consolidation has been happening even before demonetisation. The JVs happening are all examples of this. In some cases, lenders are driving consolidation. A lot of foreign capital like this opportunity and lenders are willing to take a fair cut. Thus, the project is available at a slight discount to the market; new capital can be infused into it and you could make some money. There are some special situation funds around, for example, Goldman Sachs.

What are your prospects and plans going forward?
This will be a big year for commercial real estate, with many transactions expected. In terms of residential, the jury is still out on how long it will take for pricing to recover; velocity sales and demand should go up sooner. Also, the residential segment’s focus going forward will be affordable housing. For Indiabulls PE, the ambition is to be among the top three fund managers, at least in the domestic fund space. We will soon also tap offshore capital. We have already created a track record in the country—right from our first residential fund to the commercial assets we are now acquiring—and we are confident of achieving what we have set out for ourselves.