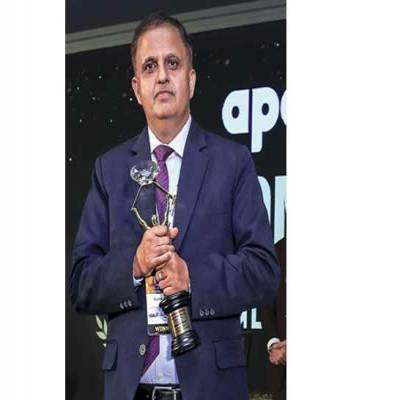 He has definitely been leading the way for Lucknow! Kumar Keshav, Managing Director, Lucknow Metro Rail Corporation (LMRC), steered a team of professionals towards the successful completion of the 23-km partly elevated and partly underground Phase 1A North South Corridor of the Lucknow Metro Project in the capital of India’s largest state, Uttar Pradesh. This was achieved within a strict timeframe and record period of four-and-a-half years, 36 days ahead of schedule, thereby gaining the distinction of the fastest metro project implementation ever in India.

Originally from the Indian Railway Service of Engineers and a gold medallist from IIT- Kanpur (MTech) and IIT-Roorkee (BE), Keshav took over as managing director of LMRC on August 18, 2014; work on the project soon commenced on September 27, 2014. Prior to this, he had a long tenure of over 10 years at the Delhi Metro Rail Corporation (DMRC) and contributed immensely to the successful implementation of Phase 1 and Phase 2 of the Delhi Metro project since its initial years.

As director (projects and planning) of the DMRC, he helped elevate the prestige of the nation during the 2010 Commonwealth Games, when he commissioned the Central Secretariat - Badarpur Metro corridor on October 3, 2010, the day the event kicked off—about 70,000 people travelled by Delhi Metro that day to reach Jawaharlal Nehru Stadium, the main venue of the global sporting extravaganza! Keshav also has to his credit the construction of the first standard gauge metro corridor in India. What’s more, he undertook a prestigious international heavy haul rail project in Queensland, Australia, as project director – rail, from June 2012 to August 2014.

Indeed, there could be no better leader to drive the Lucknow Metro, a dream project of the people of Uttar Pradesh. A highly complex project, LMRC has truly proven itself to be a class apart when it comes to speed of delivery, project implementation, and safety and quality benchmarked to the best international standards. Keshav’s initiatives in developing a highly motivated and inspired team of engineers with innovative ideas are also being well recognised internationally.

With this superb track record, he is a natural choice for the CONSTRUCTION WORLD Person of the Year – Public Sector. We honour him with pride—and wish him many more milestones on his stellar journey.