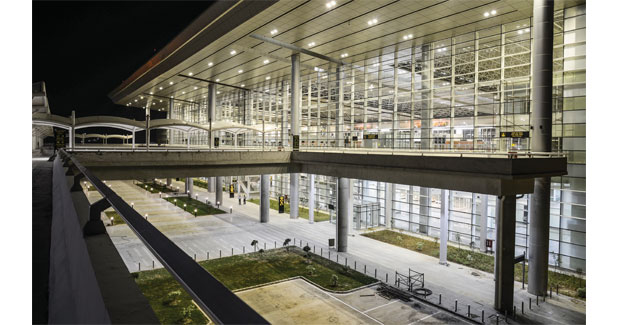 India proudly hosts the new civil air terminal at Chandigarh airport, which has received a 4-star rating from GRIHA and is one-of-its-kind in the world.

Chandigarh is famous for its aesthetic landscapes. And fittingly, the new civil air terminal building at Chandigarh Airport, inaugurated in September 2015, is built with murals, paintings and sculptures, depicting the heritage and culture of this city that serves as the capital to two states - Haryana and Punjab, holds the status of a Union Territory, is a hub of business activities, and is one of the fastest growing capital cities with the highest per capita income in the country. The new terminal is further expected to contribute to tourism in the state and boost economic and industrial development in the region.

Developed with green building concepts, the new terminal handling both domestic and international flights has received a 4-star rating by Green Rating for Integrated Habitat Assessment (GRIHA). The modern integrated terminal building made of glass and steel is equipped with state-of-the-art equipment and passenger facilities. The Airports Authority of India (AAI) has introduced ample green features in the building, which include LED lighting, energy-efficient chillers, double-insulated roofing system, rainwater harvesting, reuse of treated water with a sewage treatment plant (STP) of 600 kld based on environment-friendly extended aeration technology and water treatment plant. Built by construction major L&T, the terminal sets a new benchmark in sustainability with features such as using about 55 lakh fly-ash bricks, cavity wall, double insulated roofing as well as a sensor-based plumbing system to save water.

The specs
The building has been constructed across a total area of 53,400 sq m with land area of 300 acre and is capable of handling 1,600 passengers (domestic: 575 incoming + 575 outgoing; international: 225 incoming + 225 outgoing) during peak hours, with an annual capacity of 2.3 million. It is equipped with modern facilities such as 48 check-in counters, VIP lounge, four 72-m-long baggage conveyor belts, three aerobridges, nine immigration counters, four baggage carousels, three passenger boarding bridges, six escalators and 14 elevators. The car park has a capacity for 500 cars, with separate provision for VIP car park and bus parking.

On the air side of the airport, an apron and taxi track have been constructed. The apron is capable of parking eight aircraft, including cargo planes. At a time, the apron can accommodate 10C TYPE aircraft and 1 E TYPE aircraft. ¨The new building will cater to the future requirement of the airport for the next 10 years,¨ affirms DK Kamra, General Manager-Engineering, Airports Authority of India. ¨It has a separate substation that can cater to future demands as well.¨

The green way
The terminal has a green and well-developed landscape. The building has been designed to receive maximum natural light. To reduce energy consumption on lighting and utilise maximum daylight, sky-lighting and high-quality glass have been considered on the air side and city side, along with LED lighting for energy conservation. And to reduce heat, which increases the capacity of tonnage of HVAC chillers, a double-insulated steel roofing system and double glass units have been used. The building is BMS-controlled and equipped with around 35 per cent LED light fixtures to save energy. It has a 5 mwp solar power plant and is equipped with early streamer type advance lighting protection system, LED-illuminated internal and fatade signage and energy-efficient 6.3 COP (Coefficient of Performance) chillers. All motors are efficient class motors EEF=1 and almost all are VFD-controlled (Variable Frequency Drive), resulting in energy savings; the AHUs (air handling unit) are also VFD-controlled.

For rainwater harvesting, recharge wells have been developed along the approach road inside the premises of AAI. The 600-kld capacity STP has been built for treatment of sewerage water, of which treated water will be utilised for HVAC soft water requirement, urinal flushing system for terminal building toilets and gardening. During the excavation of buildings and pavements, valuable top soil has been preserved and utilised for horticulture and landscape work.

Time, cost, and walking through challenges
The new terminal has been established with the participation of AAI, the Punjab Government and the Haryana Government, with the equity status of 51 per cent, and 24.5 per cent with each of the state governments respectively. The project was completed in a period of 33 months at a total cost of Rs 939 crore, which includes land cost, the cost of construction being Rs 452 crore.

Airport construction is a complex matter, it is pervasive in nature. Thousands of items require execution through hundreds of vendors and close coordination is required between the execution of various packages, which has to be completed within a stringent time schedule along with various other activities simultaneously. Some key challenges included the construction of the aircraft apron and taxiways along with apron and flood lighting and automatic sliding gates, baggage handling system, system works, and passenger boarding bridges (PBB) with VDGS. The construction and operation of a power station, WTP, STP and HVAC systems were tough tasks too, not forgetting the development of horticulture and landscape, external development with elevated bridges and interior artwork. Another challenge faced by the AAI was to obtain various permissions such as environment clearances, security clearances, CET clearances and fire clearances.

All considered, achieving the objective in a compressed timeframe was the biggest challenge. This was overcome by meticulous site monitoring and deep level of pursuance and follow-up within the department as well as with government departments and organisations. Further, Kamra says, ¨The procurement of items was closely watched; resources, where running short, were enhanced immediately.¨

Built for convenience
During this project, all safety norms as per Indian standards were strictly adopted, as a result of which there were no accidents during the construction period. Further, the building is designed in a way that all measures are adopted for the convenience of the physically challenged.

Indeed, the stringent control and coordination at site to monitor ongoing activities has led to the timely completion of the new terminal at Chandigarh Airport, saving cost and time, along with making it one of the most environmental-friendly airports in the country. 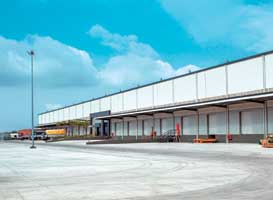 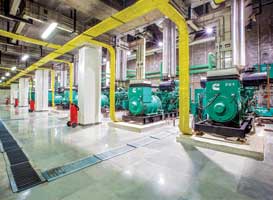 All you need to know about cool HVAC designs!