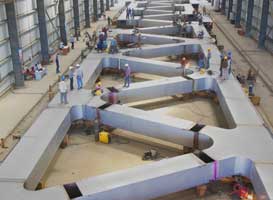 For the Bogibeel Bridge, the initial plan was to use Pot-PTFE bearing with metallic pins and guide bearings. However, the size of the bearing required for taking the anticipated load could not be accommodated in the pier cap. Hence, spherical bearings with a four support system as per European bearing standard EN- 1337 have been used. A total of 164 such bearings have been used to construct the bridge. Each span is supported by four spherical bearings.

Most 2D software
At the Bogibeel project, the HCC team used ‘Most 2D’ automatic nesting software to generate efficient two-dimensional cutting plans for fabricating the steel superstructure. The nesting technology was based on advanced cutting algorithms specifically designed to optimise the cutting layouts in shearing. The software generates high-utilisation layouts, significantly reducing waste, and maximises productivity.

Corrosion protection measures
The superstructure of Bogibeel Bridge has been constructed using special grade copper-bearing steel plates to reduce corrosion. The average annual relative humidity in Bogibeel is 90 per cent, which goes up to 96-97 per cent. To further reduce corrosion from excessive humidity, a complex corrosion protection system specific to different components of the bridge has been implemented during construction.

As part of its corrosion protection measures, for various purposes based on the requirement, the team used aluminium metal spraying, hot zinc spray, metal spray zinc coating, inorganic zinc silicate, primers, and hot-dip galvanising, among others. 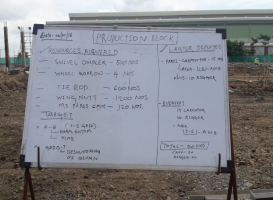 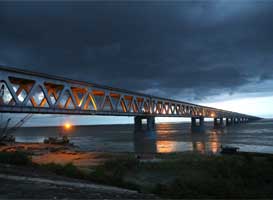 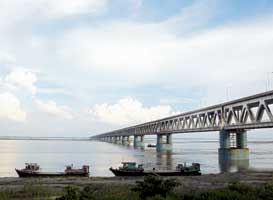