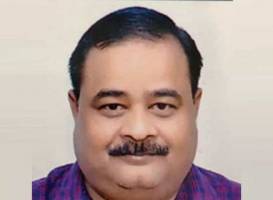 Arun Prakash, Municipal Commissioner, Agra Municipal Corporation and CEO, Agra Smart City
Agra Smart City (ASCL) is on a mission to not just preserve the traditional and historic charms of the city but improve them with the help of technology! Under the smart cities mission, a total of 18 projects are covered under area-based development (ABD) and five under the pan-city component. Arun Prakash, Municipal Commissioner, Agra Municipal Corporation and CEO, Agra Smart City, shares more in conversation with SERAPHINA D’SOUZA.
How are works progressing as part of the Smart Cities mission?
The smart city proposal of Agra defines another heritage precinct called Taj Improvement District (TID). It envisions retrofitting of 2,250 acre of the selected local area: Taj Mahal, and the area comprising Tajganj, Agra Fort, Jama Masjid and Fatehabad road, till the inner Ring Road. With an envisaged outlay of
Rs 16.99 billion under ABD and Rs 4.34 billion under pan-city over the next five years, TID aims to revive the historic relationship of micro commerce with the monument. The proposal revolves around mainly street improvement, beautification, decorative flyovers, murals and some facade improvements in the old city.
Please update us on recent developments.
As part of our vision to bolster the image of Agra as a tech-driven city, many projects are being implemented across the ABD region. To preserve urban morphology, a 3-km heritage walk will be conducted around the old market area, which showcases marble inlay and zardozi work, and the flower market. The total cost of the project is Rs 31.4 million.
‘Street vending zones’ will provide a designated place and facilities for vendors and offer tourists the chance to experience the culture and cuisine of Agra. Locations have been identified for this project near Amar Hotel, towards Vibhav Nagar, near Vishal Mega Mart, Fatehabad Road and Basai Sabji Mandi, and towards 100 Ft Road.
Our ‘junctions improvement’ project is being executed at an estimated Rs 69.7 million. Development work includes new signage, pavement marking, medians, roundabouts, landscaping, signals, channeliser and earthwork wherever required. Further, tree illumination at the east and west gates of Taj Mahal is in
full swing, at a total cost of Rs 65.6 million. Streetscaping and beautification of Fatehabad Road in ABD area is also underway. And we have identified about 50 traditional houses along Daresi Road, an area older than the Taj, for façade improvement, at Rs 9.7 million.
An important project is the Solar Installation on Renewable Energy Service Company (RESCO) mode, being implemented at Rs 2.654 billion, to reduce reliance on conventional fuel and cut down carbon emissions and the power bills of building owners. A 3-MW solar power plant, set up across 24,000 sq m, will be required to generate 4.4 mu of electricity. Other major projects in the ABD area include provision of 24×7 water supply integrated with SCADA systems and sewerage system, rehabilitation of roads and solid waste management.
What is the budget for smart city projects?
Agra’s smart city proposal totals around Rs 21.33 billion, of which Rs 13.65 billion will come from smart city funds and PPP and the remaining Rs 7.68 billion through convergence; this comprises 23 projects under smart city and 17 projects under convergence. Work orders of 15 projects have already been issued and tenders are already in process for the other projects. Approximately Rs 400 million has already been spent.
To share a quick update on your city's development, write in at feedback@ConstructionWorld.in
Previous
Next 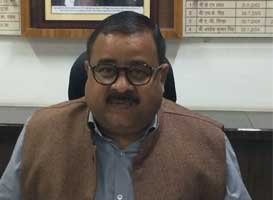 Agra Smart City has an envisaged outlay of Rs 16.99 billion under ABD

Focused on not only preserving the traditional and historic traits of Agra, but also improving those with the help of tech.. February 2019