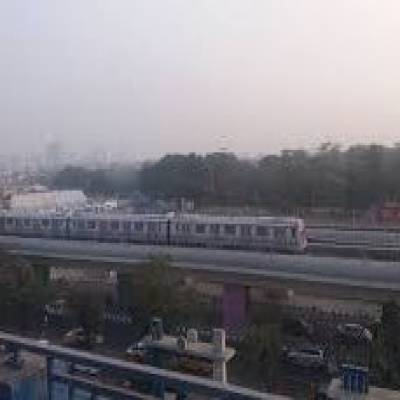 The Kolkata Metro Railway Corporation (KMRC) notified the Calcutta High Court that the construction it had undertaken on the East-West Metro corridor had been stopped due to the incident that took place where numerous houses in the central parts of the city were damaged during tunnel-boring work.
As reported, about five houses had collapsed because of ground settlement from seepage after a water table had been hit by a tunnel boring machine. It is expected that work will commence again after approval from the court.
Additionally, several buildings in the Bowbazar locality are now showing cracks and have left a large number of people without homes.
The court, hearing a public interest litigation, sought termination of underground drilling in crowded spaces and asked to be brought up to date of all developments in relation to ground settlement and damage done to buildings.
It is expected that the state government along with the city civic authorities handle the situation effectively and make sure that affected citizens are looked after.
Previous
Next
Recent
300 realty developers approach the Rs 125 bn AIF for financial support for projects February 2020
AG&P, ADNOC L&S sign agreement for the long-term charter of a FSU February 2020
Phase-1 of L&T-built Light Rail System (Metro Express) in Mauritius inaugurated February 2020
The VTS Group, celebrating its 30th anniversary in 2019, has presented a new website February 2020
Toto India hosted the architect talk with Taro Muroi and Ar Tsuyoshi Tane February 2020
Bidar airport developed at an estimated Rs 110 million February 2020
Builders in Gurugram may face penalty of up to Rs 3 billion February 2020
KONE inaugurates its new warehouse in Mumbai, India February 2020
Medium to long term outlook positive; challenges in the immediate to short term February 2020
From lives to livelihoods, solar powers opportunity for Indian households February 2020