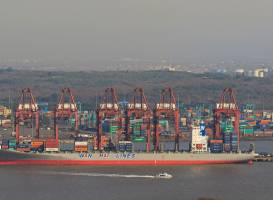 An internal discussion on building a port at Vadhawan in Palghar district as a private porton public-private-partnership (PPP) basis has reportedly begun by Maharashtra Maritime Board (MMB). This follows delays in getting Central Government approval for the project as a major port helmed by Jawaharlal Nehru Port Trust (JNPT).
A Memorandum of Understanding (MoU) has been signed with the Maharashtra Government in June 2015, according to which JNPT is ready to implement the new port. However, it is yet to submit the project for environment clearance as the Central Government has not approved it. A cabinet approval is required for investing in the development of a new major port by the Central Government. Reportedly, the state government had agreed in the MoU that it will be a major port with JNPT, holding 74 per cent stake and MMB holding the balance equity.
Also, MMB, the state agency which is tasked with developing ports, has reportedly sought JNPT’s views on its thinking to develop Vadhawan as a private port and not as a joint venture between India’s biggest container port and MMB.
Previous
Next