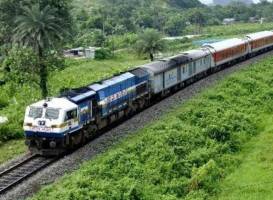 There has been a significant boost in signalling and telecommunication infrastructures during the 2018-19 financial year as the signal and telecommunication department of NF Railway has successfully added a number of new such projects in order to improve the operational efficiency.
A total of 242 km of Optical Fibre Cables (OFC) has been reportedly laid and commissioned during the year. OFCs form the backbone of all railway communications. They are more reliable, efficient and durable. They are suitable for both data and voice network.
As per a press release, in case of Quad Cables, NF Railway has surpassed the target for the year by almost 100 per cent. Against a target of adding 154 km of Quad Cables during the year, NF railway has added 307 km of these cables in 2018-19. Quad Cables are high-quality insulated cables capable of carrying 1,100 volts of Alternating Current (AC) and 1,500 volts of Direct Current (DC). The Quad Cables are used for connecting signalling equipment and over the years use of these cables have reduced incidents of signal failures.
Besides, to ensure better safety and security for passengers, the NF Railway is also working on its mission of installing CCTV cameras. Reports suggest that eight stations and 23 level crossing gates have been provided with CCTV cameras during the last financial year. Also, CCTV cameras have been installed in 11 railway hospitals during the year.
LED display boards for indicating train arrival and departure at nine stations during the year have been reportedly introduced by the department. More stations are expected to be provided with such indication boards which are better than the conventional boards. Also, NF Railway’s 18 stations have been reportedly provided with digital displays which are used as digital museum displaying railway heritage to make the citizens aware of the great legacy of Indian Railways.
Previous
Next
Recent
The Ramco Cements has been proactively undertaking several activities to fight COVID-19 April 2020
JICA extends ODA loan of Rs 24.80 bn for Mumbai Metro Line 3 Project (III) April 2020
KEC International wins new orders of Rs 1,047 crore. March 2020
Putzmeister delivers 1,000th truck mounted concrete boom pump March 2020
Will current players manage growth? Will past issues come back to haunt these players? March 2020
269 projects worth Rs 12.30 trillion reviewed under the government's PRAGATI platform March 2020
Ahluwalia Contracts (India) bags new construction projects worth Rs 6.61 billion March 2020
L&T opens digitally transformed corporate museum March 2020
Pralhad Joshi lays foundation stone for crusher and conveyor system in Odisha March 2020
47 mobile clinics to be launched for construction workers in Tamil Nadu March 2020