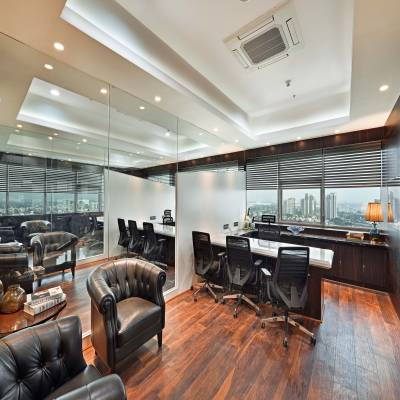 India’s top office submarkets across Delhi, Gurgaon, Mumbai and Bengaluru have found a place in JLL’s Global Premium Office Rent Tracker (PORT) that lists the world’s most premium office submarkets and compares occupancy costs for premium office buildings across the world’s leading real estate markets. The company released the fifth edition of PORT recently that includes 86 office submarkets in 73 cities.
According to JLL’s press statement, globally, with new construction expected to peak over the coming year, the supply of premium office space is likely to gradually increase. Although occupier choice is increasing, premium space is still not in plentiful supply. Among the top office markets, the overall vacancy rate remains in the low single digits. In India, while the net absorption across cities has more than doubled in the third quarter (July-September) of 2019 the vacancy levels have remained almost at similar levels since 2018.
It further added, while the banking and financial services industry continues to be the main driving force of premium office rents, technology firms – particularly online platforms – are playing a greater role in pushing premium office occupancy costs. Indian cities are no different. According to the Third Quarter Office Market Update from JLL IT/ITeS occupiers accounted for nearly 50 per cent of overall leasing across Indian cities.
Ramesh Nair, CEO & Country Head – India, JLL said, “To put things into perspective, 2017 and 2018 witnessed net absorption of 28.7 mn sq ft and 33.2 mn sq ft, respectively in the entire year. A significant surge was witnessed in Q3 2019 with net absorption more than doubling as compared to the same period last year - from 5.3 mn sq ft in Q3 2018 to 10.9 mn sq ft in Q3 2019. This strong growth in demand was mainly led by strong expansion of IT/ITeS (48 per cent of overall leasing) and BFSI (11 per cent of overall leasing) occupiers.”
The statement added, that the occupancy costs continue to rise for premium offices across cities.
Both globally and locally, occupiers are also interested in moving to more affordable alternatives for premium offices. “This trend continues to propel the market for bringing more Grade A office supply. As a result, new alternative business districts have emerged in the last few years,” Nair added.
The statement added, there is on average a 40 per cent discount between the premium office location and secondary or decentralised business districts. For example, there is a difference in rental values between Connaught Place of New Delhi and Gurgaon.
The Hong Kong-Central submarket continues to be the world’s most expensive market, according to PORT. However, the price gap with the second most expensive submarket – New York- Midtown – has narrowed to around 50 per cent from 60 per cent a year ago, and a further closing of the gap is anticipated. Beijing-Finance Street now sits in third place, having overtaken London-West End in fourth. New York-Midtown South rounds off the Global Top 5.
Previous
Next