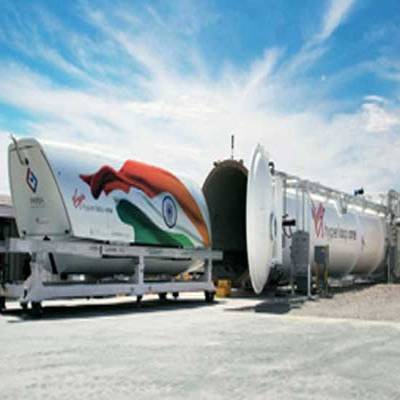 Virgin Hyperloop One and DP World are partnering to construct India’s first hyperloop system, a high-speed transit technology, between Mumbai and Pune. The Maharashtra Government has approved the entities as the ‘original project proponent’ (OPP).
The system will be funded through private investment. Dubai-based port operator DP World is set to spend $500 million to complete the first phase of the project, with additional funding coming from other investors.
“This is history in the making,” says Jay Walder, CEO, Virgin Hyperloop One. “The race is on to host the first hyperloop transportation system in the world – and today’s announcement puts India firmly in the lead. This is a significant milestone and the first of many important steps toward bringing hyperloop to the masses. We look forward to participating in the public procurement process and bringing this revolutionary new transport technology to the world.”
“Support for hyperloop transportation systems is mounting across the world and India has led the charge to bring hyperloop to fruition since the early stages of development,” says Sultan Ahmed bin Sulayem, Group Chairman and CEO, DP World, and Chairman, Virgin Hyperloop One. “To be named OPP is an incredible vote of confidence in our ability to deliver this advanced technology to the people of India and enhance their lives.”
The project is set to generate new hi-tech jobs and will also create over $36 billion in wider socioeconomic benefits.
Previous
Next
Recent
KEC International wins new orders of Rs 1,047 crore. March 2020
Putzmeister delivers 1,000th truck mounted concrete boom pump March 2020
Will current players manage growth? Will past issues come back to haunt these players? March 2020
269 projects worth Rs 12.30 trillion reviewed under the government's PRAGATI platform March 2020
Ahluwalia Contracts (India) bags new construction projects worth Rs 6.61 billion March 2020
L&T opens digitally transformed corporate museum March 2020
Pralhad Joshi lays foundation stone for crusher and conveyor system in Odisha March 2020
47 mobile clinics to be launched for construction workers in Tamil Nadu March 2020
L&T Construction awarded significant contracts for its Power Transmission & Distribution Business March 2020
Ground work on construction of new parliament building commences March 2020