Aditya Virwani, Spokesperson Embassy Industrial Parks (EIP), and COO, Embassy Group, has been exposed to the world of real estate and property development from a very early age of 15 years. Aditya is keenly involved with the strategy and operations of the Embassy Group and its diversified businesses. Prior to joining Embassy, Aditya interned with an NGO Episcopal and a start-up called Brevitas, an off market commercial real estate platform in San Francisco. Aditya studied Business Administration at the University of Massachusetts, Boston and University of San Francisco (USF).

Logistics and industrial parks have lately seen the entry of many foreign investors, says Aditya Virwani.

The warehouse industry of India is driven by superior logistics and warehousing systems. The key element of a warehouse influences the entire value chain starting from raw material to customer satisfaction. Logistics and industrial parks have lately seen the entry of many foreign investors. The advent of such a trend has taken place either by potential partnership with a local developer or by liaison with global warehousing operators.
The growth has taken place with increasing demand from occupants who are mainly into manufacturing sector, 3PL and e-commerce. The implementation of GST, infrastructure status and such other conducive government reforms has enabled the sector in driving demand for large integrated warehousing parks. Rapid infrastructure development within the country has made the unit economics more favourable as it has unlocked more land for better prices. It has also made transport easier and faster modern logistics and industrial parks are built in order to help companies avoid the extra sweat by building light manufacturing and warehousing space infrastructure of Grade-A quality. Various factors like operational conveniences and cost efficiency influence the growing demand of Grade-A warehousing.
The requirement has been observed to be more in metro cities and towns that are supported by presence of manufacturing hubs in the vicinity, access to transport network and exim facilities. There is also a rising consumption driven demand among urban population in the metropolitan areas. Currently, well-planned logistic parks are built with a commitment to offer superior experience and faster deliveries across major cities of India. Factors like strategic land positioning makes business more convenient. To meet global standards, the park operators like us keep eye on attention to detail and provide globally approved amenities like dormitories, round the clock canteen, first aid centres, 24 x 7 security coverage, an excellent fire fighting system, and ample parking space for trucks so the flow of the traffic remains unaffected and does not hamper workflow. Superior logistic parks like Embassy Industrial Parks even provide built-to-suit industrial parks where clients can have up to 2x expandability. Big clients land up doing repeat business with the park providers across markets. The current modern large-size logistics parks are either backed by capital invested from the global market or they are local associations with a global warehousing operators.
Recent reports from analyst firms state that theindustrial and logistics segment has attracted US$ 500 million (about Rs 3,500 crore) investment since 2017, post the implementation of GST.Sovereign and pension funds love stable and perpetual cash flow and this is an asset class similar to commercial that provides predictable cash flow with growth. A survey conducted recently, showed 70 per cent of respondents indicating improvement in ease of doing business mainly on account of e-way billing which has removed a lot of bottlenecks in cargo storage and transport business. About 80 per cent of respondents felt that the taxation system improved, while 40 per cent respondents indicated that they will increase the number of warehouses in thisnew post-GST era. The position for warehousing will strengthen and estimated that leasing will be about 10-15 per cent higher this year at 25-30 million sq ft. compared to last year.Leasing of warehousing spaces went up by 31 per cent to over 13 million sq ft across eight major cities in the first half of 2019, driven mainly by demand from third party-logistic and e-commerce firms. E-commerce is where IT was in early 2000’s. India’s online retail is less than 4 per cent today so scope to go up is huge. Digital revolution is directly helping industrial space growth. With fundamental shifts across the industrial and logistic sector in last two years and increased demand for quality space, developers such as us, are more likely to build compliant large-sized spaces.
Previous
Next 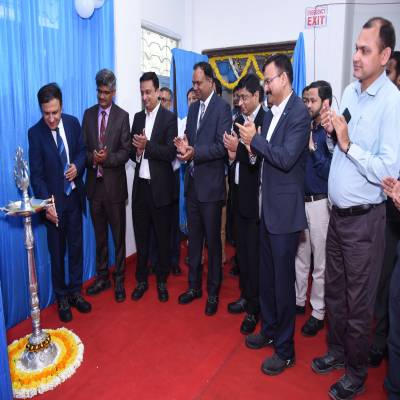 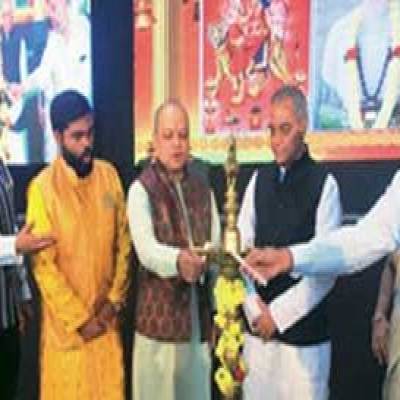 Bengaluru-based Triveni Enterprises, a leading provider of steel and steel services in India, is celebrating 50 years; it .. February 2020