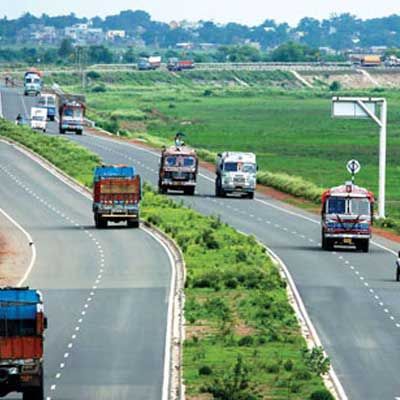 Despite challenges due to the outbreak of the novel coronavirus pandemic, the National Highways Authority of India (NHAI) has awarded highest length of projects during FY2020-21 till date as compared to the projects awarded during same period in last three years. During April to August 2020, NHAI has awarded 26 projects of 744 km length as compared to 676 km in FY2019-20, 368 km in FY2018-19 and 504 km in FY2017-18. Capital cost of these 26 projects is over Rs 310 billion, which includes cost of civil construction, land acquisition, and other pre- construction activities. NHAI has set a target of awarding 4,500 km of highway during current fiscal and is likely to exceed the same.

Despite lockdown and prevailing situation, NHAI took various initiatives to instill confidence in the bidders of the sector. To ease the liquidity crunch and ensure cash flow to the contractors, NHAI ensured that no payments are delayed due to closure of office and disbursed Rs 100 billion during lock down in March 2020 using digital platforms, said a release by the authority. In the first quarter of the current fiscal, NHAI disbursed more than Rs 150 billion to the vendors. Additionally, steps such as monthly paymentsto the contractors were taken. Such moderations saw an encouraged participation from the bidders resulting in spiraling effect on the growth of the road sector.

With the increase in awards and expanding highway construction, NHAI has got a good beginning for a year marred by the global outbreak of the pandemic. NHAI is committed to develop the national highways infrastructure at a rapid pace and envisions to provide safe, smooth, and seamless travel experience on national highways , stated the release.

The authority also aims to construct 23 new highways by 2025.