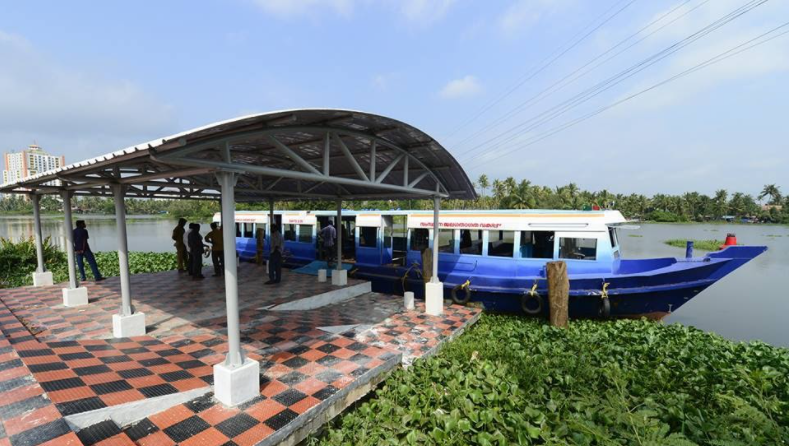 The first set of boats under the Rs 819 crore Kochi Water Metro project is set to begin operations by the end of this month, and commercial services will be first launched on the Vyttila-Kakkanad route.

Chief Minister Pinarayi Vijayan inaugurated the first boat jetty for the project at Vyttila in February. The project is being implemented with the support of the German Development Bank—Kreditanstalt fur Weideraufbou (KfW). A total of 23 boats with a carrying capacity of 100 passengers and 55 boats with a capacity of carrying 50 passengers will be rolled out in the Kochi backwaters in the first phase, and 38 jetties will also be modernised.

The Kochi Water Metro project is expected to reduce pollution and traffic congestion in the city and also ease access to business areas on the mainland for urban households situated along the Kochi lakeshore. The project intends to introduce modern energy-efficient, environmentally friendly and safe boats with low wake and draft characteristics at a high frequency to increase ridership.

Components of the Kochi Water Metro project include:

The project will have three types of terminals designed as a space for public gatherings and will be divided in terms of size and capacity as major, intermediate, and minor terminals. These terminals have been planned based on the Peak Hour Traffic (PHT) capacity.

All boat terminals have been divided into the paid and non-paid areas. The ticketing facility, ticket vending machine, station control, among other facilities, are in the unpaid area. Waiting areas and toilets are provided in the paid area. All terminals are facilitated with an automated fare collection and a turnstile system for passenger counting.