Dynamics of Real Estate Sector in past three years

Here is a glimpse from leading real estate developers about government monetary policies, investment opportunities and factors that will determine the dynamics of real estate market in 2017.

Realty sector in past three years

Harinder Dhillon, Vice President-Sales, DLF, says “The past three years have been one of stability in the realty market. This is very important for the mature market since prices must reflect reality and should not be at the mercy of speculations. 2017 is off to a very good start with the announcement of a string of proactive measures in the union budget. Enquiries have already gone up significantly in January itself and this month we are already witnessing increased transactions. However, transactions are taking place only with reputed developers where round the clock construction activities are taking place on a regular scale and past track record of the developer is excellent.”

Pankaj Bansal, Director, M3M Group, feels that development of India’s core infrastructure is closely linked to the real estate and construction sectors. “The real estate industry’s growth is linked to development in retail, hospitality and entertainment industries, economic services and information technology enabled services etc. With economic growth picking up, the demand for office space has witnessed substantial increase over the past couple of years. Demand for the real estate, in general remains strong except a temporary slowdown in last couple of months owing to remonetisation of higher currency notes.”

Dhillon expresses optimism regarding the performance of market in 2017. He says: “Overall, I forsee a bright year for real estate in 2017. The current slowdown in property sales will be short-lived and things will start improving as government cracks the whip on benami property holders, banks reduce interest rates and the Real Estate Regulation and Development Act 2016 (RERA) gets implemented by the states. The slew of initiatives underlined in the budget and the RERA implementation will see Indian real estate to be more transparent, credible and attractive with only organised players on the ground. In 2017, the primary sales market especially across larger cities will go up as real estate prices have already stabilised in these cities with minimum chance of further coming down. Buyers are going to have the best time in 2017. With surplus liquidity and lower cost of funds for the banks, lending rates by the commercial banks will come down which is good for the sector. Homebuyers will find it easy to go in for housing loans. Consequently, demand for housing will go up. For office and commercial real estate sector too, 2017 holds a bright future. Going by the present trend, good connectivity, existing physical and social infrastructure in the area, availability of campus style offices will be determinants of the demand, rents and capital values. Overall, the Indian real estate sector will surely witness a healthy growth with growing demand in 2017 with organised, reputed and credible players on the ground.”

Bansal agrees with the view. He says: “There is large pent -up demand component as prospective homebuyers have been deferring their buying decision over last few years in anticipation of a price correction. In fact, we are already witnessing a pickup in demand, which may lead to increase in prices. With inflation under control, India is entering into a low interest regime as home loan interest rates have expectedly come down and are expected to decrease further. It will result in lowering of EMIs for homebuyers along with more people meeting the eligibility criteria. This coupled with rapid urbanisation, robust economic growth and higher salaries would create a very large segment of new homebuyers resulting in enhanced demand for housing especially in the urban areas.” According to him, the policy interventions introduced during the last year like RERA, amendments to Benami Transactions Act, REIT,GST are currently are expected to have considerable impact on the real estate sector. He says: “Most notably RERA is expected to bring greater transparency and accountability into the sector and would further enhance the confidence of homebuyers as well as institutional investors. Additionally, focus on infrastructure development, programs such as Housing for All, the Smart Cities Initiative are expected to have a positive impact on the real estate sector.”

Developers are unanimous in the view that the regional factors will play a major role in shaping the real estate sector. Bansal says: “The Haryana Government has taken many proactive steps for bringing investments in the state and accelerate the process of development. Process like Enterprise Promotion Policy, have created the right environment to encourage private investments in the State. The government also introduced slew of policy initiatives like TOD Policy, New Integrated licencing policy among others providing impetus to the real estate sector. Additionally, the government has been focused on improving the infrastructure, which is critical for the growth of the real estate sector. The government also organised the Haryana Investor Summit which witnessed record participation and substantial investment commitments from the private sector.

The developers have welcomed RERA which according to them would spell a turnaround for the real estate sector. Dhillon says: “The implementation of RERA will be a game-changer in the real estate sector. The Act will be a harbinger of transparency into the sector. It will be headed towards becoming competitive, value-offering, hassle- free and definitely consumer-based. All these present a very promising picture but execution is what will define the actual course of these changes.”

Bansal echoes a similar sentiment. “Formation of an independent regulatory authority would boost the confidence of homebuyers. RERA will also become a repository of all project information such as layout, approval status, contractor details, schedule of project, completion timelines etc. The information will then become available to consumers, in countries with an existing regulatory framework in real estate sector, the impact of foreign investments has been positive, as it allows the transparent and effective functioning of the sector. This is expected to benefit the Indian real estate sector as well once the state-level RERA are also in place and necessary processes have been laid out.”

Which sector did well in past couple of years?

According to Dhillon, the Indian retail sector has witnessed robust growth over the last decade fuelled by rapid urbanisation and changing lifestyles of Indian customers. “From less than 1 million sq ft of mall space in 2001, the Indian organised sector has increased manifold. However, the ups and downs of the Indian economy had always taken its toll with changes in absorption and vacancy over the years.”

Bansal lauds the budget incentives. “The Union Budget of 2017-18 largely introduced positive policy directives for the real estate sector particularly affordable housing sector. The move to impart infrastructure status to this sector was a significant move in particular,” he says.

Dhillon feels that government incentives towards NRIs have given a fillip to the real estate sector. “We are witnessing increased interest from NRIs post demonetisation. The confidence of NRIs on the real estate sector has gone up tremendously with the current regime’s focus on wiping out black money from the economy. The same segment had gone into a shell in near past, on account of delayed project deliveries. However, with RERA coming in, and emphasis on clean up across the sector, the focus of developers has shifted to delivering existing projects on time and as per committed specifications. This has significantly revived the trust of NRIs on the real estate sector, especially projects of reputed developers with an impeccable track record,” he concludes. 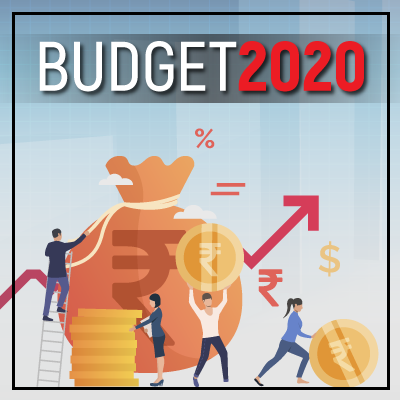 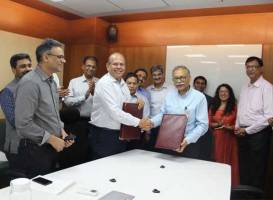 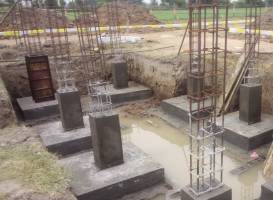 On account of water shortage, many construction players have slowed down their activities May 2019