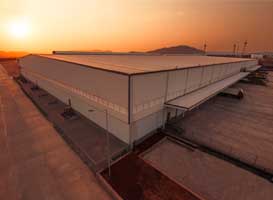 The industrial and warehousing sector is going through a transformation. From a defragmented and unorganised structure a few years ago, it is becoming formal and organised, with interest from national and global developers and funds.

Sale or long lease of plots of land are typically industrial clusters or townships ranging from 300 acre to over 2,000 acre. These are owned by government entities (and include land developed by the state-owned Industrial Development Corporation in different states, such as GIDC, MIDC, SIPCOT, etc) and private developers such as Mahindra World City, Reliance Model Economic Township, Sricity, etc. However, projects under the lease of built-spaces vary from 25 acre to over 250 acre with private developers—IndoSpace, Embassy, ESR, LogosIndia, Ascendas FirstSpace, AllCargo, Musaddilal, FWS, GWC, KRC, etc—being major players.

The logistics market in India is estimated to be around $ 160 billion and likely to touch $215 billion by 2020, according to the 2018 Economic Survey.

Anshul Singhal, CEO, Embassy Industrial Parks, sees the economies of scale as highly advantageous. “Owing to high demand, the size of warehouse boxes is increasing from 50,000-100,000 sq ft to 300,000-500,000 sq ft and turnaround time for each of these PEB structures is as fast as six to nine months,” he says. “At a pan-India level, Grade A quality warehouse absorption has gone up to 35 million sq ft in the top eight cities alone. Also, an organised developer can look at leasing 3-5 million sq ft per year.” Private developers such as Hiranandani, Panchsheel, Lodha Group and Srijan are considering the sector as an investable grade real-estate asset class and are diversifying to include it among their offerings. Srinivas adds, “Foreign funds-led developers are evaluating different entry strategies such as JVs or JDs, acquisition of an existing portfolio or even platform-level investments in this asset class.”

For his part, Jasmine Singh, Senior Executive Director - Advisory & Transaction Services, CBRE, says, “Foreign capital and developers want to do strategic 100-acre plus parks in almost all Tier-I cities.” He adds that a typical 100-acre park would entail an investment of $ 100 million from a developer and a similar amount from the occupiers. “It will also create direct job opportunities for at least 2,000 people and a similar number indirectly.”

Dr Niranjan Hiranandani, Founder & Managing Director, Hiranandani Group, too, sees industrial real estate emerging as a go-to asset class as demand for SEZs wanes and India’s consumption and e-commerce story gets a boost from the Make in India initiative and implementation of GST. “In a bid to build industrial, logistics and warehousing parks, industrial clusters and townships, there is a rush to buy land across states, something that has not happened since the SEZ frenzy more than a decade ago,” he points out. 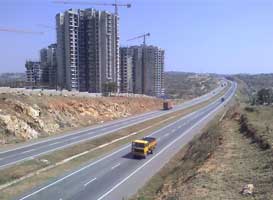