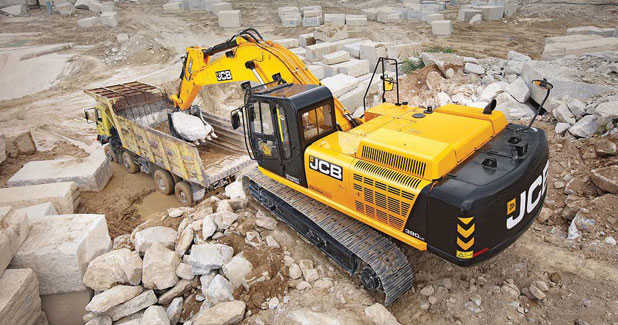 Strong domestic demand generated by ongoing infrastructure development projects resulted in the construction equipment market rising to an all-time high of 72,197 units in 2011. Subsequently, with no major initiatives by the government to speed up infrastructure development, the market declined for three consecutive years to a low of 47,889 units.

Nevertheless, after the decline, the trend reversed and the market grew by 2 per cent in 2015.

The policy and administrative decisions of the new government to speed up the pace of infrastructure development showed positive results in 2016 and sales of construction equipment increased by 36 per cent to 66,613 units. Major contributors to this growth were crawler excavators, backhoe loaders and compaction equipment.

The share of motor graders, asphalt finishers, mini excavators and skid-steer loaders will individually account for 1 per cent of the total market, but crawler dozers and rigid dump truck sales will decline further below 1 per cent owing to a slowdown in mining equipment demand in 2017. All other equipment, including rough terrain lift trucks (RTLTs), crawler loaders, wheeled excavators and articulated dump trucks, will continue to be sold in small numbers, although sales of RTLTs will grow in 2017.

Demand drivers
Infrastructure development is a key economic driver and enjoys an intense government focus that should accelerate demand for construction equipment in the country. India needs an estimated investment of Rs 31 trillion over the next five years to keep pace with its growth targets, of which over 70 per cent would be needed for power, roads and urban infrastructure, boosting demand for construction equipment.

Indeed, the government is monitoring all infrastructure projects at the highest level and obstacles are being removed for quick execution. It is taking continuous initiatives to reform procedures and policies, such as environment and forest clearances and land acquisition issues, more efficiently.

Money matters
Various innovative ways of financing infrastructure projects are also being worked out. A hybrid annuity model (HAM), rescheduling of premium payments, funding of distressed projects and exit options for private contractors in the road sector are examples of such initiatives. The government has also proposed a National Infrastructure and Investment Fund (NIIF) and tax-free bonds for various infrastructure projects.

The issuance of rupee-denominated bonds in foreign capital markets is another alternative to mobilise resources for financing infrastructure projects. The government is also trying to attract foreign investors to this sector.

The current macroeconomic scenario in the country is stable as inflation is expected to remain below the targeted 4 per cent, foreign exchange reserves are over $400 billion for the first time, the fiscal deficit target of 3.2 per cent is expected to be achieved, and the current account deficit is under 2 per cent.

Government investments are also targeted towards infrastructure development and the reforms agenda is moving forward at a brisk pace. While demonetisation and GST will bring about changes in business practices leading to turmoil during the change period, this would be good in the long term for the industry. Nevertheless, these moves have had a temporary adverse impact on GDP growth and jobs in the unorganised sector that were not regulated earlier. Further, huge NPAs of banks, especially public-sector banks, have adversely impacted credit growth. In view of the above, the government has recently announced a stimulus package of Rs 9 trillion that includes:

A Rs 6.92-trillion highways package for development of 83,677 km of roads by 2022, which is expected to generate jobs for 142 million man-days over the next five years. - The package includes the construction of 34,800 km under the Bharatmala scheme (Rs 5.35 trillion).

- This will be financed through Rs 2.09 trillion market borrowings, Rs 1.06 trillion private investment and Rs 2.19 trillion from the Central Road Fund and Toll-Operate-Transfer (TOT) model.

- The balance 48,877 km will be developed concurrently under other current schemes with an investment of Rs 1.57 trillion. This will be financed by Rs 970 billion through the Central Road Fund and Rs 590 billion through gross budgetary support. - In addition, the Centre and state governments will spend Rs 882 billion in the next three years for the construction of rural roads under PMGSY.

A recapitalisation plan of Rs 2.11 trillion for public-sector banks over the current and next fiscal year (until March 2019). This will be funded by Rs 1.35 trillion from bonds, Rs 180 billion from budgetary support and the remaining Rs 580 billion from share sale.

Both announcements will help spur construction and economic activity in the country, which will result in higher GDP and job growth. These, along with other ongoing schemes, will help sustaining the growth momentum of construction equipment during the next few years.

Looking ahead
The simple truth is that there is a massive amount of work still to be done in the infrastructure sector, and will call for large volumes of equipment to complete it. How great those volumes will be completely depends on the government's effectiveness in facilitating project execution and addressing key impediments.

The demand for construction equipment has remained subdued in the past few years on account of the slowdown in infrastructure development activities, but several initiatives taken by the present government have unlocked its growth potential to a great extent. The recent reduction of GST rate for construction equipment from 28 to 18 per cent will also boost sales in future, although it will have a marginal effect in the short term.

Almost all types of equipment will witness growth, though the market will continue to be dominated by the six most popular products: Backhoe loaders, crawler excavators, mobile cranes, mobile compressors, compaction equipment and wheeled loaders. Importantly, the demand for equipment that has sold only in small numbers in the pastûmini excavators and telescopic handlers, would also increase considerably.

About the author: Samir Bansal is the General Manager-India at Off-Highway Research India.

Amid this positive growth scenario, an optimistic sentiment was recorded at the recently concluded Excon in Bengaluru in December 2017. In continuation to the Excon report featured in the CW January edition, here's offering excerpts from interviews conducted with few more companies at the expo. 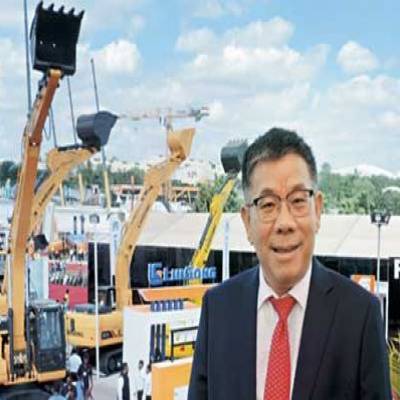 We are a strong player for wheel loaders and motor graders

Liugong is the first China-based construction equipment manufacturing company in India with more than a decade experience .. January 2020 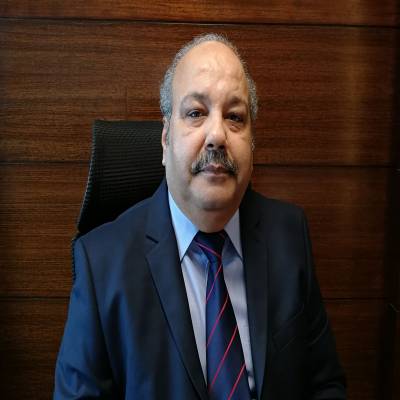 Our customer-centric approach drives us to offer customised solutions

Market outlook: Currently, the industry is facing a slowdown, which is expected to last for two to three quarters. However.. December 2019 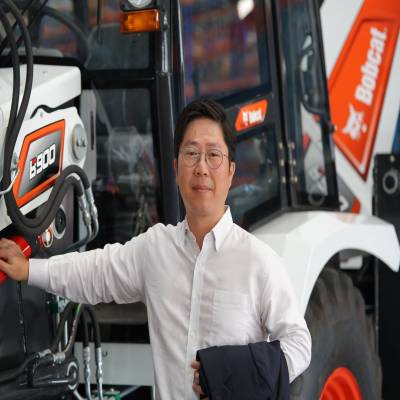 The B900 backhoe loader is our highlight this year