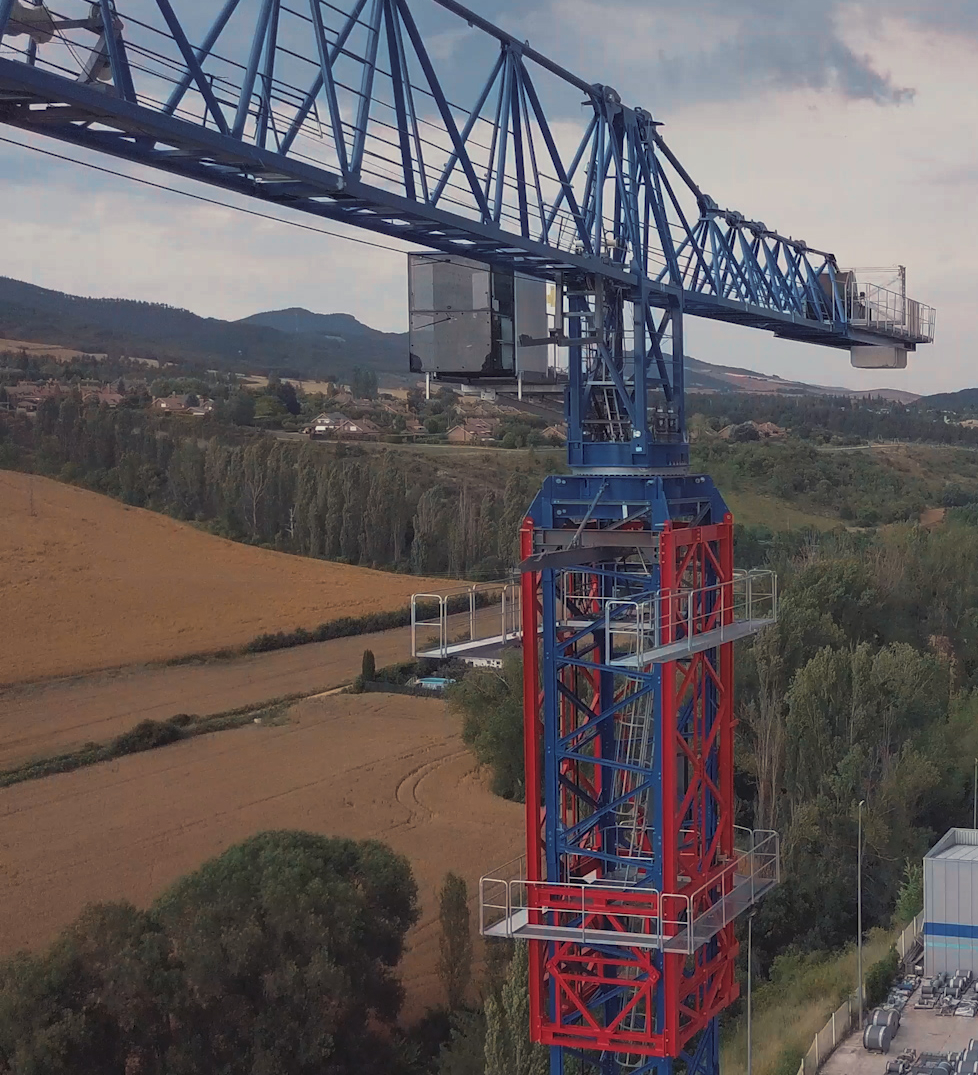 The two newly added models to the 21LC series, are an evolution of the 21LC550 model, with two options 20 and 25 tonne maximum load. Both can be assembled with ranges of between 30 and 80 metres with configurations every 5 metres, allowing a maximum point load of up to 4.95 tonne. The models incorporate an optional boom configuration that allows the total range to be extended to 85 metres at the tip. Compared with the 21LC550 model, load capacities are on average 16% higher for the 21LC600 and 23% higher for the 21LC650.

New features of these models are that they have a shorter, modular counter-jib, ranging from 24.4 to 16.4 metres and up to 5 possible configurations. This concept has a precedent in models 21LC750 / 21LC1050 / 21LC1400 and offers a greater adaptation to the work configuration in reduced spaces.

Both crane models offer the double trolley system with automatic changeover, and incorporate, as a novelty, the optional availability of single trolley (ST) which simplifies maintenance work while increasing load capacity in short boom lengths. The height, which is self-supporting with a built-in base, can reach up to 85.8 metres, while the tower sections are 2.5 square metres for both models.

Both models come as standard with the cube cab in its L version, with the XL available as an option. The 21LC600 and 21LC650 Flat-Top tower cranes can be used for the construction of residential and commercial buildings, as well as power plants, mining, bridges and other high-commitment infrastructure.