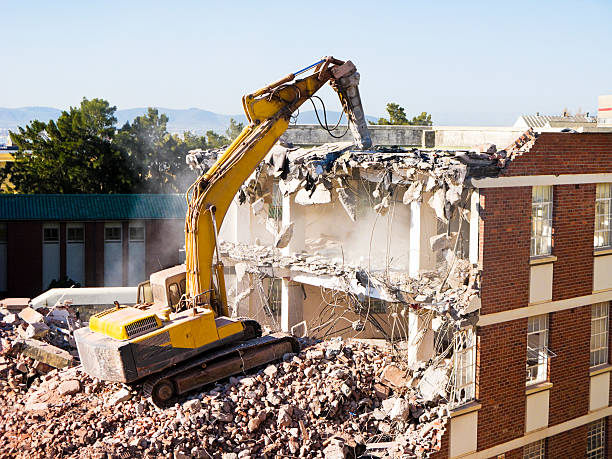 On Tuesday, a six-acre prime land along the Gurgaon-Sohna national highway was cleared of unauthorised constructions by the town and country planning department (DTCP).

Just 100 metres off the highway, before the toll plaza, the builders had erected an illegal colony, constructed boundary walls and built shops and labour quarters in violation of the norms.

These builders had publicly advertised the colony and ensured 200% appreciation within five years. The pamphlets displayed plots of varying sizes, involving 60, 75, 100, 150, 200, 500 sq yards, with an industrial corridor, metro connectivity and other facilities.

District town planner (enforcement) RS Batth said that the offenders were warned three times in the past month to halt the construction activities, but they did not. The enforcement team faced strong opposition from locals as they attempted to block the JCBs. He said that around 50 cops managed the crowd.

Another 4-acre illegal colony, built in Mahendwara village of Sohna, was dismantled where a road network and an under-construction house was demolished. The offenders were promoting this colony on several social networks to dupe potential investors.

Batth said that the department received complaints and even received advertisements from social media. The enforcement team arrived at the site with three earthmovers and saw labourers working, and construction work was going on. All the buildings and boundary walls were razed. Locals gathered and attempted to stop the drive. Few even sought to obstruct the way of JCBs.