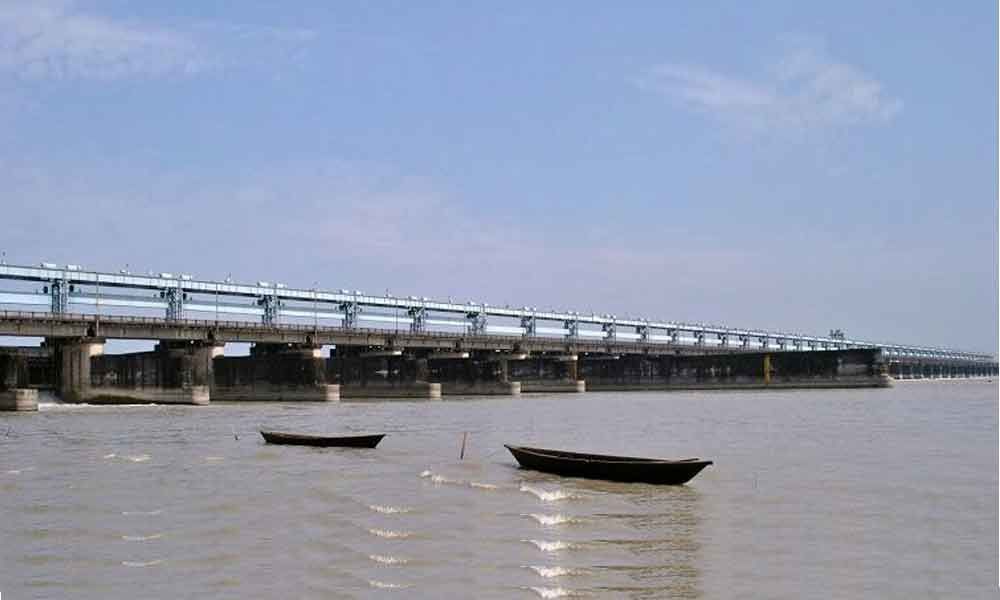 Photo courtesy: The Hans India
The National Highways Authority of India (NHAI) has taken strict action against the defaulting firms on the unfortunate accident during launching of girders on February 16, 2020, at the new four-lane bridge over river Ganga at downstream of Farakka Barrage including approaches connecting the Farakka-Raiganj section of NH-34 in West Bengal, leading to two casualties.
One of the under construction spans had collapsed owing to toppling of the launching girders leading to collapse of the erected span. Post incident, NHAI appointed a bridge expert to investigate the causes. It was found that the accident happened due to lack of coordination between the contractor, design consultant and designer of launching girder in design and execution of the superstructure of the bridge.  Further, the contractor and consultants responsible for design and launching girder system failed to present any convincing reasons during investigation for the causes leading to the unfortunate incident.
NHAI has accordingly taken action against the parties responsible for the accident as under: