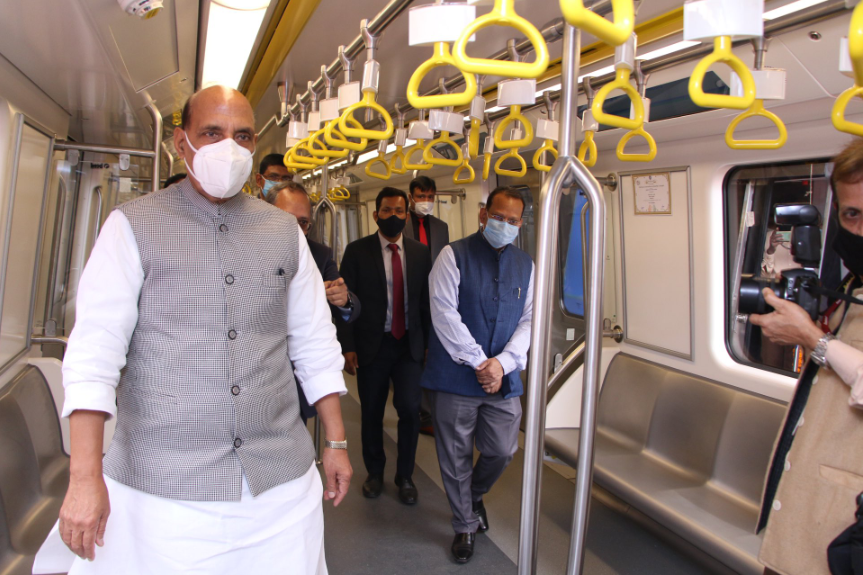 Indigenously designed and developed state-of-the-art driverless metro trains are being manufactured at the BEML Bengaluru Complex.

Speaking on the occasion, Minister of Defence Rajnath Singh expressed hope that the MMRDA driverless technology will expand into other fields of defence in the future.

Earlier, India’s first-ever driverless metro operations were launched on Delhi Metro’s Magenta Line. With the launch of the new driverless metro, the Delhi Metro Rail Corporation (DMRC) joined the elite league of 7% of the world’s metro rail networks that operate without drivers.