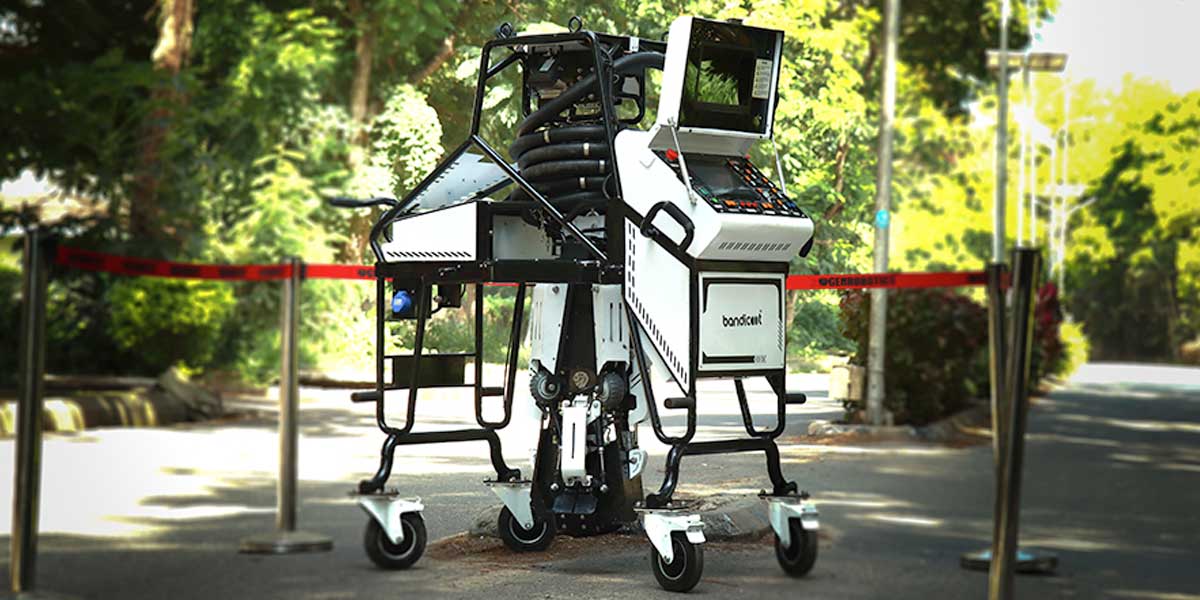 With an aim to eliminate manual scavenging across the country by August 2021, the Union Government is planning to amend the law and make mechanised cleaning mandatory. As part of the amendment in the Manual Scavenging Act, to make the mechanised cleaning of sewers and septic tanks mandatory, the word ‘manhole’ will be replaced with ‘machine-hole’ in official reference. On the occasion of World Toilet Day, Union Minister for Housing and Urban Affairs Hardeep Singh Puri launched the Safaimitra Suraksha Challenge programme for states to make sewer-cleaning mechanised by April 2021.

Explaining the contours of the programme, Durga Shanker Mishra, Secretary, Ministry of Housing and Urban Affairs said that the Challenge would focus extensively on creating citizen awareness on this critical issue along with infrastructure creation for mechanised cleaning and capacity building of workforce. A dedicated helpline number has been set up to register complaints and provide real-time solutions on desludging or sewer overflow.

Despite the existing regulations  and several Supreme Court judgements against manual cleaning of sewer lines and septic tanks without taking enough safety precautions, more than 800 cleaners have died just in the past five years. A major cause of these deaths is by asphyxiation from the noxious fumes and gases inside sewers. Data show that 80 per cent of manual scavengers do not survive till the age of 60, and three sanitation workers die every five days in the country. They also encounter with various health problems. Mechanisation can keep these risks away and ease the cleaning operations.

In developed countries, municipal bodies broadly use two major methods to loosen the blockages and clean the sewer drains without using manual scavenging: sewer-rodding and sewer-jetting. In rodding, a long metal rod rotates fast to loosen the blockage. Jetting involves a hose spraying a high-pressure jet of water to clear a sewage pipe of blockages. Major municipal bodies in India have now started using these methods.

There have already been some interesting inventions that have led the trend of mechanisation in sewer and septic tank cleaning. Among these was the world’s first manhole-cleaning robot, called ‘Bandicoot’, developed by a Kerala-based start-up Genrobotics, in 2018. As per a report in The Print, the four-legged robot weighs 50 kg and cleans a manhole in 20 minute, which otherwise need three workers to do the job in 2-3 hour. Initially used in cities in the southern India, the ‘Bandicoot’ robots are now being introduced in cities across the country, varying from major cities like Mumbai  to smaller cities like Dhule in Maharashtra.

After the onset of Covid, it has become imperative for using mechanical means for cleaning, limiting human intervention. Equipment such as ‘Bandicoot’ will play a major role in these challenging conditions for contactless cleaning where there is a high probability of spreading the disease after manual handling of waste.

Going forward, mechanisation  will play a major role in sewer and septic tank cleaning jobs as the government is taking a bold step in this direction. Use of machines can improve the life of cleaning workers. Of course they will require adequate training and necessary financial support for this. Ultimately, the successful change from ‘manhole’ to ‘machine-hole’ will definitely help the cleaning equipment market in a big way.