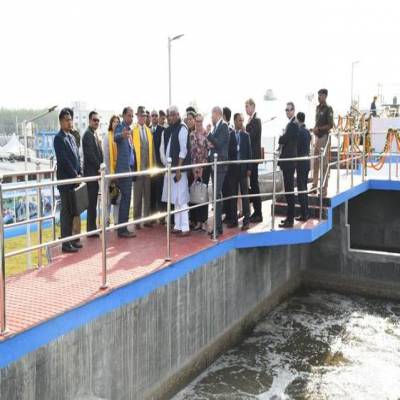 Uttarakhand Chief Minister and Union Jal Shakti Minister dedicate Sarai Project in the presence of King and Queen of Sweden.

34 sewerage projects sanctioned at a cost of Rs 11.44 billion for creation/rehabilitation of 165.50 MLD in Uttarakhand, taking care of sewerage treatment requirements till 2035.

The Sarai 14-MLD sewage treatment plant (STP) is the first STP to be completed under the Hybrid Annuity (HAM)-based public private partnership (PPP) model, involving a cost of Rs 414 million, and the plant has been completed before its scheduled timeline.

About the project
This plant is based on advanced aerobic biological process, Sequential Batch Reactor (SBR) process, capable of removing the nutrients during treatment and is a 100 per cent eco-friendly project. The plant will meet the highest standards of output parameters.

Another unique feature of this HAM project is that after its commissioning, this plant will also be maintained and operated for a period of 15 years by the same developer for efficient performance and for meeting output parameters. The vision of the National Mission for Clean Ganga (NMCG) is long term, and hence, the capability being created would fully take care of the requirements up to 2035.

Initiatives undertaken
Municipal sewage, being the main source of pollution in the Ganga, is being tackled through 150 sewerage projects at a cost of more than Rs 230 billion (more than US$ 3 billion), in addition to various interventions for checking industrial and other sources of pollution in the Ganga basin. Namami Gange interventions extend to urban as well as rural areas covering diverse sectors.

In order to improve the quality of water in river Ganga in the state of Uttarakhand, 34 projects of sewerage infrastructure works have been taken up at a cost of approximately Rs 11.44 billion for creating treatment a capacity of 165.50 MLD, and for laying sewerage network of 152 km. Out of these 34 projects, 23 have been completed and the remaining projects are at different stages of execution and implementation. Once all these projects are commissioned, the entire sewage capacity of Uttarakhand would have been met, and there would be substantial improvement in the quality of water of the river Ganga in Uttarakhand.

In addition, projects have also been taken up in Uttarakhand for several Ghats, river front development (RFD), afforestation, trash skimmers, etc, making the value of total interventions in Namami Gange in the state exceed Rs 1.50 billion.

The visit of their Majesties of the Republic of Sweden to Uttarakhand was triggered when His Majesty visited the Namami Gange Pavillion at the World Water Week 2019, Stockholm. The King showed keen interest in the way NMCG is carrying out its mission by employing technological interventions and public participation. Seeing his interest, Gajendra Singh Shekhawat, Minister of Jal Shakti, invited him to visit river Ganga and also see the Namami Gange interventions. 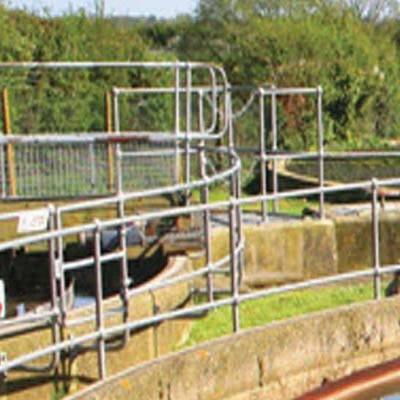 The Sarai 14-MLD sewage treatment plant (STP) is the first STP to be completed under the hybrid annuity mode (HAM)-based .. January 2020