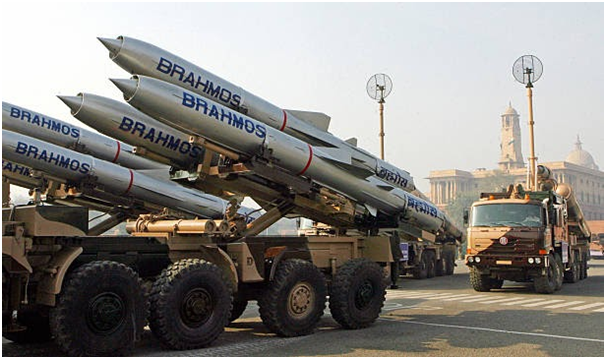 India and the Philippines have signed an agreement for deals on military hardware, including the potential supply of Brahmos cruise missiles.

The Department of National Defence of the Philippines announced the signing of the "implementing arrangement" for the procurement of defence materials and equipment.

Last year, in November, the media had reported that India and the Philippines are looking to ink a pact on the Brahmos cruise missile, making the Southeast Asian country the first customer for the weapons system developed jointly by India and Russia.

The actual agreement on the missiles is expected to be inked during a meeting of the two countries later this year.

Russian officials told the media that India and Russia are working to gradually increase the range of the Brahmos missile system and begin exporting the missile to other countries, starting with the Philippines.

The Philippines army closed in on the Brahmos deal after extensive trials, and much of the negotiations have revolved around the cost of the system and financing for the deal. India has offered a $100 million line of credit (LoC) to the Philippines for defence purchases.

India has also been in talks with several Southeast Asian countries, including Indonesia, Vietnam and Thailand, over the past few years to sell the land and sea and land based versions of the Brahmos.

India's draft defence production policy of 2018 set a target of achieving defence exports worth $5 billion by 2025.