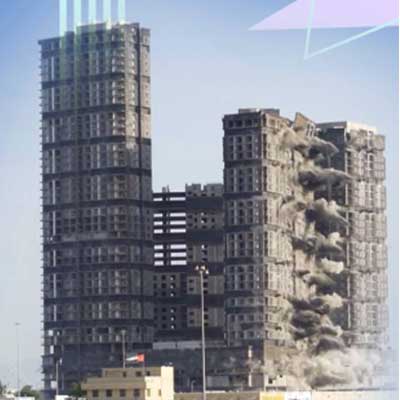 A 541.4 ft tall building in Abu Dhabi, UAE, becomes the tallest building in the world to be demolished using explosives, on November 27. This event has made its way into the Guinness Book of Records. The 144 floor-high building called Mina Plaza, came down in 10 seconds.

This video was officially shared by Guinness Book of Records on December 8, with the caption “This controlled demolition in Abu Dhabi, UAE just set a new record for the tallest building demolished using explosives.” The demolition involved the use of 6,000 kg plastic explosives and detonator cord. According to reports, the controlled implosion was carried out to pave the way for the redevelopment of a 3 million sq m port area. It was part of the second phase of a mega project that involves the redevelopment of Mina Zayed.