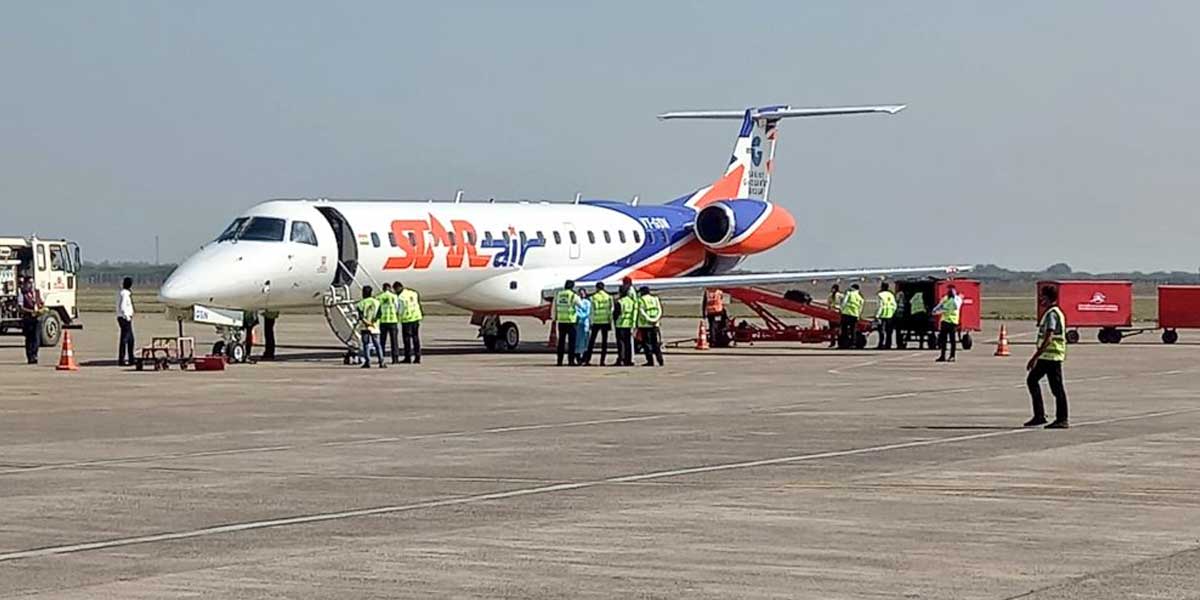 The first flight operations from Belgaum in Karnataka to Surat in Gujarat to Kishangarh in Rajasthan were flagged-off today under the Regional Connectivity Scheme-Ude Desh Ka Aam Nagrik (RCS-UDAN) of the Central Government. The officials of the Ministry of Civil Aviation (MoCA) and Airport Authority of India (AAI) were present at the inauguration.

The launch of the flight operations on the Surat-Kishangarh-Belgaum route aligns with the government’s objective to provide air connectivity with metros to the Tier-2 and Tier-3 cities of the country under - RCS-UDAN. More than 300 routes have been operationalised under the scheme, and the flag-off marks the inauguration of the 303rd such route.

The Belgaum-Surat-Kishangarh route was awarded to Star Air during the UDAN-3 bidding process in 2019. The airlines are being provided viability gap funding (VGF) under RCS-UDAN to keep the fares affordable and accessible for the common people. The airline will be operating thrice-weekly flights on the route and will deploy its 50-seater Embraer-145 aircraft.

The route marks the commencement of the 20th UDAN route by the airline.

The aerial connectivity on this route was a long pending demand of the residents. People frequently visit the famous Navagraha Temple, Shrine of Ajmer Sharif, Pushkar Lake, Phool Mahal Palace, Roopangarh Fort, etc., in Kishangarh. Furthermore, the city is also known as the country’s Marble City is a big market for red chillies.