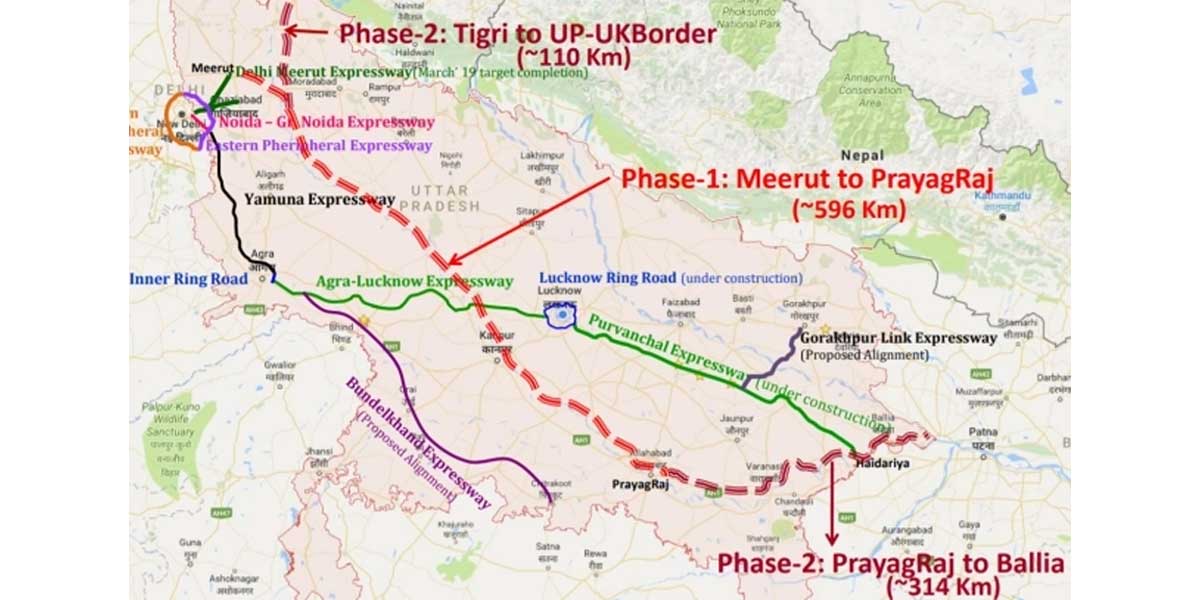 The Uttar Pradesh government has approved an ambitious 594 km Ganga Expressway project running along the river from Haridwar to Allahabad worth Rs 36,402 crore.

The decision to construct the expressway along the river Ganga was made in a UP cabinet meeting chaired by Chief Minister Yogi Adityanath. The expressway will pass through Meerut, Hapur, Bulandshahr, Amroha, Sambhal, Shahjahanpur, Hardoi, Unnao, and Rae Bareli. An official release on Wednesday said the Cabinet also approved a district-wise alignment of the expressway.

The expressway scheme will be partly funded by monetising the Agra-Lucknow Expressway and by creating a high-power committee to make procedural and technical decisions for the monetisation.

The Industrial Development Authority of Uttar Pradesh Expressways was also asked to complete the preliminary procedures for the project on time. Also, it has been granted permission to explore the Foreign Direct Investment (FDI) option for it, the release added. It was stated in the report that SBI Capital Market Limited was also nominated as the project's financial advisor.

The cabinet seeks to execute the project expeditiously by adopting such measures as acceptance of the proposal to lease, buy and acquire land free of cost to Gram Sabhas, assigning the project's annual budget, and borrowal from Housing and Urban Development Corporation Limited (HUDCO).

In the announcement, the government also said that in addition to providing a smooth and rapid flow of traffic from Haridwar to Prayagraj, the expressway would also support UP's social and economic growth.

The official release also highlighted that the traffic coming from Haldia port on the Bay of Bengal to Varanasi via a waterway being constructed on the Ganga would also be able to travel easily through Allahabad to Delhi and other states in the northwest.