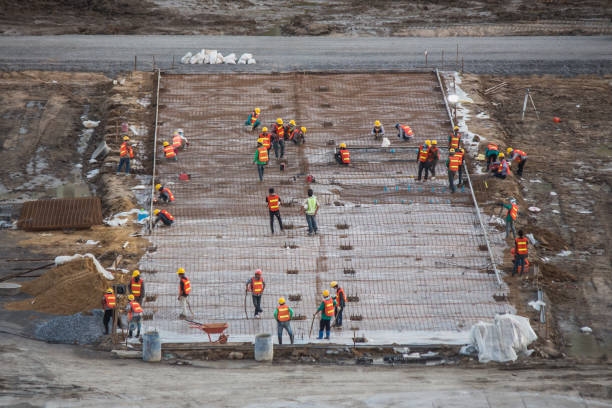 HCC Concessions, the infrastructure development business of Hindustan Construction Company (HCC Group), has won a case against the National Highways Authority of India (NHAI) and would receive Rs 1,259 crore from the authority as conciliation.

The two special purpose vehicles (SPVs) of HCC—Baharampore Farakka Highways Ltd (BFHL) and Farakka Raiganj Highways Ltd (FRHL) entered into settlement agreements with NHAI for a comprehensive closure of all outstanding disputes and claims between the parties.

BFHL will receive Rs 405 crore, while FRHL will get Rs 854 crore from the NHAI.

HCC said that besides the use of funds for NHAl project completion and an exit to the Xander Group, a substantial portion would be received by HCC as a settlement of cost claim.

In the same year, the investor also picked up over a 5% stake in the parent Hindustan Constructions Company.

FRHL will release the settlement proceeds and further sums to HCC Group, as per the existing contractual understanding with Farakka-Raiganj Highways' buyer Cube Highways and Infrastructure II Pte Ltd.

Farakka-Raiganj Highways was sold to Cube on 22 September 2020, at an enterprise value of Rs 1,508 crore.

As a further consequence of this conciliation, Cube will release Rs 233 crore withheld as part of HCC Concessions' sale of FRHL and is also required to share a significant portion of FRHL’s growing revenue for the remainder of the concession's 20 years.

With 100% construction completion being achieved at Farakka-Raiganj Highways, toll rates will increase 70% in 2021-22. Additionally, up to Rs 100 crore is further payable by Cube in 2023, contingent on traffic projections being realised.

Farakka Raiganj Highways and Baharampore Farakka Highways are among the largest public-private partnership (PPP) projects in India. They encompass 200 km of West Bengal's main artery—NH-34 and pass through major towns such as Baharampore, Farakka, Kaliachawk, Gajol, and Malda besides being the only link over the river Ganges in the region.

Both BFHL and FRHL faced inordinate delays mainly related to land acquisition, commencing toll operations on 14 May 2014, and 19 October 2016, respectively.

The concession periods are 25 years for BFHL and 30 years for FRHL. The full completion of the corridor shall reduce the travel time from Kolkata to North Rennal by half.