“Localising production will be key.”

“Localising production will be key.”

One pathbreaking offering: We are proving skid-steer loaders as the most versatile machines with more attachments to perform different jobs. We have started offering attachments on a rental basis through our dealers.

Announcement contributing to the company’s growth in 2018: We sold 38 units of skid-steer loaders to Patna Municipal Corporation, keeping our growth prospects alive.

Challenge for the company in 2019: There are two major challenges for us looking at 2019. One is making the launch and subsequent sales of our backhoe loaders a success. The second challenge is, of course, the general elections.

Key strategy to success in 2019: We have bought an existing backhoe loader plant near Chennai to develop and manufacture backhoe loaders. Localising production of skid-steer loaders, mini excavators and backhoe loaders in India, and strengthening channel partnership will be the key strategy for 2019.

“Demand for big machines is growing.”

“We will introduce the right products for our customers.” 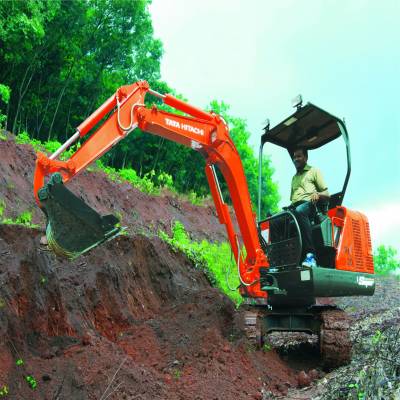