Priorities always drive change. After Independence, the country’s primary focus was on food and health; this was followed by industrialisation and globalisation. Now, it is time for urban development. According to Debmalya Guha, Principal Architect and Planner, Pace Consultants, “This is one of the most exciting times for the Indian architecture and planning fraternity as it may finally get recognition as a profession of primary significance in the process of national development.” Indeed, with smart cities, the thrust on urban development is at an unprecedented level and Indrajit S Kembhavi, Partner, Kembhavi Architecture Foundation (KAF), sees huge opportunities for urban development specialists, architects, engineers and other professionals in the infrastructure space.

That said, are architects equal players in the smart game?


The urban call
Urban development is driven by all kind of entities other than architects, responds Kalhan Mattoo, Principal & Co- founder, Office of Kalhan. “Architects are only included in the teams that work on these projects. We have become cogs in the wheel for PMCs, financial institutions, government bodies, etc, leading the design of large projects.”

As Architect Gurunath Dalvi says, mega projects under the smart cities mission are being executed by the National Buildings Construction Corporation (NBCC), a government agency working under the Ministry of Urban Development. “Hence, there is little opportunity for an individual architect or small firms of architects to carry out such projects on the meager percentage of professional fees generally offered by the Government.”

However, Kembhavi believes the Government is realising the need for efficient and technologically updated spaces, and is finally understanding the value an architect can bring.

Nevertheless, the fraternity needs to evolve beyond the Architects Act of 1972, which Guha says is “not only outdated, but has not even been fully implemented.” It has failed to empower architects or make them responsible. “The majority of architects, especially the younger generation, are yet to become significant participant of urban development,” he points out. “The Rs 10 billion-plus smart city development projects are grabbed by large engineering conglomerates such as Deloitte, PricewaterhouseCoopers, Aarvee Associates, etc. Thereafter, they distribute the projects into EPC packages to construction companies such as L&T, S&P, Ahluwalia, or smaller contractors. These companies do employ some architects—but that’s all!”

Tendering processes
Apart from smart city projects, other government building projects are mostly handled by NBCC, CPWD, PWD, etc. These include the new IITs, IIMs, museums, auditoriums, and so on. “NBCC invites tenders by public advertisement and the work is allotted to a firm that quotes the lowest fees,” says Dalvi.

Guha refers to tendering as an “unfortunate” selection process of architects, which originated for the selection of construction agencies and is coordinated by engineers, not architects.”

Agreeing that the lowest price bid takes the tender, Mattoo says the Central Vigilance Commission (CVC) guidelines clearly mandate the process to be followed for selection of architects. “It does not mention a minimum fee for a particular project,” he says. (MRTP act and other Government policies prevent any effort to enforce mandated minimum fee criteria as it is supposed to foul with competitive nature of any govenrment selection) “NBCC and National Projects Construction Corporation (NPCC) are two Central government agencies entrusted with a lot of construction in the current and upcoming year. This amounts to about 2 lakh crore sq ft of work per year. There is a huge opportunity for development and quality practices that we are not able to grasp.”

Also, Pradhan Mantri Awas Yojana and Housing for All have given a major impetus to affordable housing, both in the private and government sectors. Here, too, works are allotted on open tender basis. Mattoo says, “Some organisations do give projects to empanelled architects on a selection basis stating four to five criteria to be met. The empanelment process is typically quantitative and not qualitative in nature. The fee is defined beforehand, depending on which one can secure the project.” 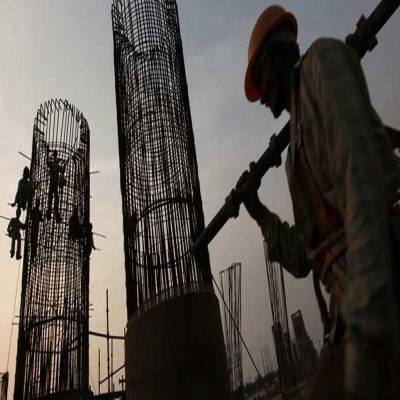 Infra projects in India to get financial boost from US body