Volkswagen to set up six gigafactories in Europe 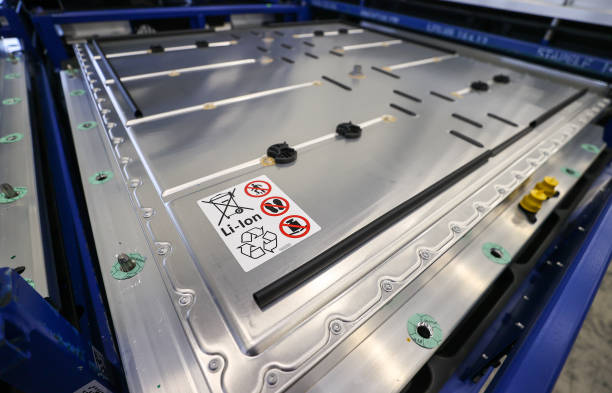 Volkswagen to set up six gigafactories in Europe

German automobile manufacturer Volkswagen Group is planning to set up six gigafactories in Europe to develop electric vehicle (EV) batteries and charging technology with a combined annual capacity of 240 GWh by the end of the decade.

The first two gigafactories will operate at Salzgitter in Germany and Skelleftea in Sweden. The first of the plants will be operated jointly with Northvolt, with production scheduled to start in 2023. Its capacity will gradually increase until reaching a maximum of 40 GWh.

The Salzgitter facilities will develop innovations in the manufacturing process and in the design of the batteries. Its production capacity will be up to 40 GWh per year, the same as in Skelleftea and in the other gigafactories that the Volkswagen Group will build in Europe throughout the decade.

To simplify batteries, reduce costs and increase autonomy and performance, Volkswagen will bet on cells with a unified prismatic design that will assemble 80% of the group's electric cars by 2030.

They will be launched in 2023 and will be manufactured in five of the six gigafactories planned by Volkswagen.

Volkswagen wants to reduce the cost of its batteries to levels significantly lower than 100 euros ($119) per kWh. Specifically, the batteries in their entry-level models will see their cost reduced by 50%, while in the volume segment, the reduction will be 30%.

Volkswagen plans to expand its fast-charging network in Europe. Together with its partners, the group intends to operate around 18,000 public points by 2025, covering a third of the estimated demand by then. One of the key players in this strategy will be the IONITY consortium.

Volkswagen has already teamed up with BP to install some 8,000 fast charging points throughout Europe, which will have a power of 150 kW. The chargers will be installed in a total of 4,000 BP and ARAL service stations, most of them located in Germany and Great Britain.

In Spain, Volkswagen will collaborate with Iberdrola to cover the country's main routes, while in Italy, it will do the same with Enel. In total, Volkswagen will invest around 400 million euros ($476 million) in these initiatives, while its partners will make the additional contributions.

The company will follow a similar strategy in China and it will install 17,000 fast charging points by 2025 through a joint venture with CAMS, and in the United States, Electrify America will have 3,500 fast charging points by the end of the year. On the other hand, it has been confirmed that Volkswagen's electric models based on the modular electric drive matrix (MEB) platform will support bi-directional charging from 2022.