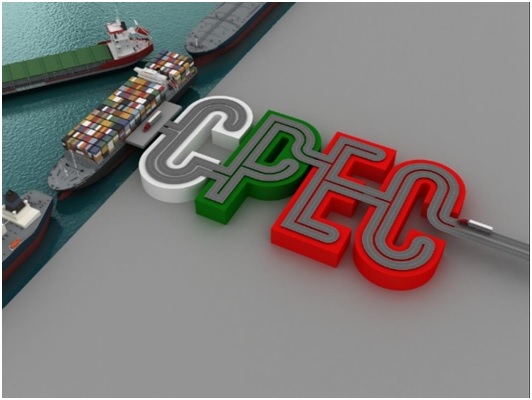 In a bid to kickstart the construction and development of its belt and road projects under the aegis of Package-I of the Mainline-1 project of China-Pakistan Economic Corridor (CPEC), Pakistan has reportedly sought a loan of $2.73 billion from China. Government officials have stated that the sixth meeting that was convened by the financing committee concerning the ML-1 project concluded that Pakistan would, at first, petition to sanction an amount of only $2.73 billion from the Chinese financing, the estimated total of which amounts up to approximately $6.1 billion. The ML-1 project also includes provision for the upgrading and dualisation of the railway track that extends from Peshawar to Karachi and which spans a 1,872 km.

This move comes in the face of Pakistan’s debilitating economy that has been running the risk of bankruptcy for a while now and which has subsequently taken a worse turn now with the onset of the fatal Covid-19 virus and the pandemic that is induced in its wake.

As Beijing looks set to finalise its upcoming year’s financing plans by the end of this month, Pakistan’s Ministry of Economic Affairs is preparing to communicate a formal letter of Intent to China during the course of the coming week. As per sources, Pakistan had shared a term sheet for soliciting a Chinese loan that sought an interest rate of 1%. However, China was yet to revert to that particular request formally, they said. Further, they added that in informal communication, Chinese authorities had expressed interest in bargaining for an interest rate that lies on a higher-end than the one that has been stated in the shared term sheet.

Earlier in May, Hussain Haqqani, Pakistan’s former ambassador to the United States had stated in an article that Pakistan’s desire to sustain its strategic ties with China has subsequently given rise to the construction of CPEC (China Pakistan Economic Corridor) which is worth a sum of $62 billion and which entails a list of infrastructure-related projects, to be entangled in inadequate transparency. The former ambassador stated that China’s continual strategic aid, consisting of support to Pakistan’s nuclear program as well, is frequently held out favourably by the country’s military establishment, which in turn presents a stark contrast to the provisional Pakistani alliance that it holds with the United States. He further added that China’s presence in Pakistan now seems to be more of an act of economic predation rather than helping its people out.

The report filed by the “Committee for Power Sector Audit, Circular Debt Reservation, and Future RoadMap”, spanned 278 pages and enlisted malpractices in the independent power generating sector accounting to a total sum of 100 billion Pakistani rupees ($625 million). Of the overall stated misconducts, at least a third of it pertain to Chinese projects. The committee’s report further stated that the surplus set-up costs of $204 million were granted to the two Chinese coal-fueled plants on account of misrepresentation at the end of sponsors who regarded the Interest During Construction (IDC) and also the non-consideration of the prior completion of plants.

The interest deduction was apparently allowed for 48 months whereas the plants were actually completed within 27-29 months leading to the entitlement of an excess Return on Equity (RoE) of $27.4 million annually over the entire project life of 30 years in the case of the Sahiwal plant.