Timely monetisation of mature road assets through the toll-operate-transfer (TOT) route will be a critical determining factor in plugging the shortfall in budgetary allocations and fetch requisite funding to support ambitious execution targets set for the Bharatmala programme. Otherwise, in the event of shortfall, funds will have to be met through additional borrowings, thereby increasing the debt burden for NHAI. Hence, success of the TOT as a model will be significant. The third bundle, which was announced recently, assumes significance given that this is coming after an unsuccessful second bundle where the investors quoted a discount to the NHAI’s base price following which it was cancelled.
Elaborating on the same, Shubham Jain, Senior Vice President & Group Head, Corporate Ratings, ICRA, said, “The fact that the first TOT bundle was awarded for a much higher price than the NHAI’s estimate by 55 per cent has raised the expectations for second bundle. This is evident from the IECV (base price) to the annual toll collection (FY2018) ratio, which was 12.2 times for first bundle and 17.9 times for second bundle. The IECV multiple for second bundle is possibly aligned with the multiple for the winning bid for first bundle of 18.9. For the recently announced third bundle, this ratio (ask from NHAI) has witnessed some moderation to around 14.8 times keeping in mind the subdued response for second bundle (H1 for second bundle was at 15.4 times the IECV). This makes the bundle relatively more attractive than the second one and has the potential to garner favourable investor response.”
The third bundle has more similarities with the second bundle in terms of toll collection track record and the lack of high density golden quadrilateral stretches. The overall toll collections are however superior for the third bundle driven by the healthy collections in Madurai-Kanyakumari stretch which alone accounts for around 45 per cent of total toll collections of the bundle.
The first bundle under the TOT, which was awarded to Macquarie, had a total of nine projects involving 681 km. As against the NHAI’s expectation – initial estimated concession value (IECV) of Rs 6,258 crore, the winning bid of Macquarie stood at Rs 9,682 crore. Considering that the H1 was higher than the NHAI’s estimate by 55 per cent; the first TOT bid was a resounding success for the NHAI. The bids for the second bundle of TOT were invited by the NHAI in August 2018. Unlike the first bundle, the toll collection potential has been lower for the second bundle. Therefore, it failed to elicit favourable response in line with the first bundle. As against IECV of Rs 5,362 crore, the H1 bid stood at Rs 4,612 crore (from Cube Highways) – 14 per cent lower than IECV. The third bundle has a good mix of stretches in terms of traffic density and states (in terms of economic activity). The median toll collection track record stood at seven years; while there are no high density golden quadrilateral stretches, the traffic density and growth along the Madurai-Kanyakumari stretch has been robust.
The overall funding requirement for the new highway development programme is estimated at Rs 692,324 crore, which is proposed to be funded through budgetary allocations[1] of Rs 343,045 crore over FY2019-FY2022, market borrowings of Rs 209,279 crore, Rs. 34,000 crore through proceeds of monetisation through the toll-operate-transfer (TOT)[2] route and the remaining Rs 106,000 crore through private sector participation. Therefore, success of TOT model is significant.
Jain added, “A majority of the Bharatmala programme is expected to be undertaken through the National Highways Authority of India (NHAI). While the NHAI borrowing programme is on track, the budgetary allocation in the last two budgets was lower than required (Rs 72,010 crore for FY2020 around 21 per cent[3] lower than what is required), thereby necessitating dependence on other funding avenues.”
It may be recalled that the Cabinet had approved the Bharatmala Pariyojana Phase-I along with other programmes in October 2017 involving around 83,000 km (including Bharatmala Pariyojana Phase-I of 24,800 km) of national highway development by FY2022. 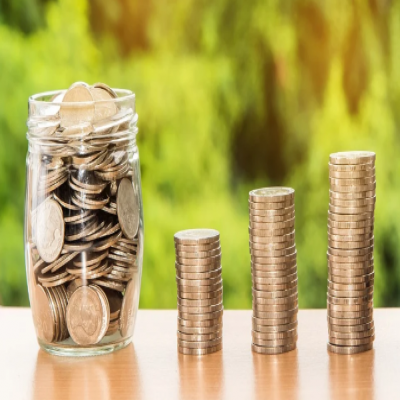