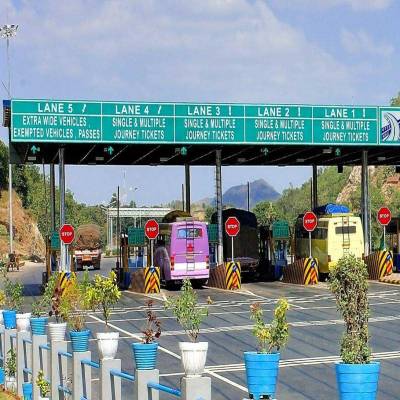 With the introduction of FASTags, the Indian Government has set a strong foot forward with regards to its take on electronic toll collection system which is set to be introduced on all National Highway (NH) tolls.  FASTags are stickers that are placed on the windshields of cars – upon crossing the toll booth and electric payment is initiated. The system is operated by the National Highways Authority of India (NHAI) and is now mandatory for toll payment on NHs.

With the government extending the deadline from December 1 to December 15 to obtain these stickers, they are expected to play a major role in expediting the monetisation of road assets and attract more global investors under the Toll-Operate-Transfer (TOT) model.

As reported, numerous foreign investors had previously shown interest towards India’s highway road assets and have praised the country’s efforts to introduce an electronic tolling system as it ensures a more efficient method of collection. The investment put forward by these sources depends on the reliability of the toll collection system – which makes it crucial for India to necessitate the following change at an optimal speed.

According to reports, it is estimated that one factor that will attract foreign investors is the introduction of digital payment that will be put forth as a consequence of FASTags. They won’t be required to deal in hard cash and are more likely to see this as a benefit of their investment.

The tags initiate payment through RFID (Radio Frequency Identification Technology) which processes the transaction the specific linked account. The sought after benefits of these are: Decongestion of highways resulting in time savings and aids in making the tolling process transparent – free of any discrepancies that may normally arise from handling cash.

At present, the government has started a pilot project at the Hyderabad airport for using FASTags for parking purposes in two phases. Apart from parking, NHAI is also considering launching the system for fuel stations, traffic violations and motor insurance, among other avenues.

The introduction is therefore a major boost to the government’s Digital India initiative and will also expectedly fasten sale of road assets.