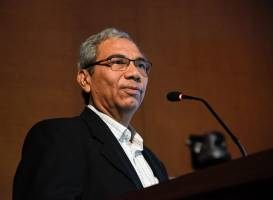 More than 700 projects have delayed occupancy certificate (OC) in Maharashtra, although developers had applied for OC on time, informed Gautam Chatterjee, Chairman, MahaRera, as he spoke at CREDAI’s YouthCon-19, recently held in New Delhi.
According to him, there were 700 projects in Maharashtra alone where developers had submitted all the documents and applied for OC well in time but all their efforts were stonewalled by a single officer who had the authority to grant the OC.
Although the approvals had been given by the same planning authority, Chatterjee stated that he failed to understand why the officer representing the same planning authority took so much time to grant the OC to the project, which had been built in accordance with the commencement certificate. He suggested the mechanism of outsourcing the process of granting OCs to multiple agencies with a panel of planners and architects to check and grant OCs to projects, so as to break the monopoly of the single officer who had the power to delay the OC without any reason owing to his lacklustre attitude.
In fact, he offered this opinion in response to a query by Nayan Shah, President CREDAI-MCHI, who expressed the view that developers are looking for the day when approval authorities could come under the ambit of RERA.
Previous
Next