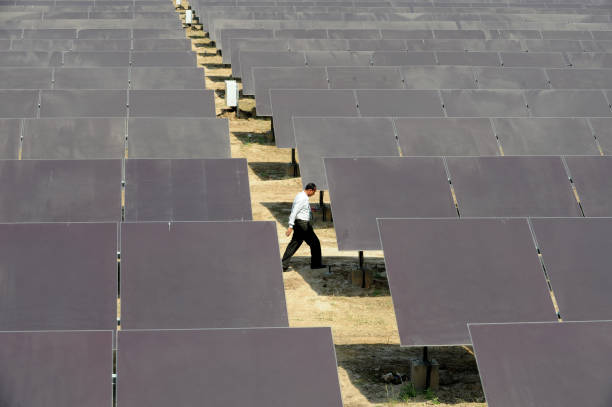 The Karnataka Electricity Regulatory Commission (KERC) has given its nod for a tariff of Rs 8.40 per kWh as per the power purchase agreement (PPA) signed between Bangalore Electricity Supply Company Ltd (BESCOM) and the developer of the project—Cambria Solar.

KERC also approved the extension of six months granted by BESCOM for the commissioning date of the solar project.

A land-owning farmer, Gangaraju, had applied for a 3 MW solar power project under the solar program initiated by the Karnataka Renewable Energy Development Ltd (KREDL). The project was allotted to him.

BESCOM, in its meeting held in July 2015, gave consent for the purchase of solar power from the project. Both the parties signed the PPA in the same month, and subsequently, the PPA was approved by the KERC in August 2015.

As per the PPA, the scheduled date of completion was to be achieved within 18 months from the PPA signing. The power to extend the time for commissioning was vested with BESCOM.

According to the PPA, the project promoter had the right to form a special purpose vehicle (SPV) after the PPA execution. Accordingly, Cambria Solar was incorporated as an SPV.

The developer informed BESCOM in November 2016 that it had applied for the bay allocation from the Karnataka Power Transmission Corporation Limited (KPTCL) but had not received the bay allotment due to augmentation of the transformer at 66/11 KV Moregere Substation.

The developer sought an extension of six months from January 6, 2017, which it perceived to be the SCOD. KPTCL granted evacuation approval to the petitioner.

Later, BESCOM granted an extension of six months from the SCOD as per the PPA, subject to the bank guarantee extension. The developer said it was entitled to a tariff of Rs 8.40 per kWh, according to the PPA.

BESCOM, in its submission, said that as the developer was unable to execute the project on time, a letter was addressed to it seeking an extension of time for commissioning the project.

The Karnataka government issued an order in November 2016, directing all the electricity supply companies (escoms) to constitute a three-member committee to consider and dispose of the farmers’ and developers’ requests.

After detailed discussions, the committee suggested the approval be granted for the extension of SCOD for up to six months. According to KERC, it was not in dispute that PPA was executed on 7 July 2015, and the effective date meant the date of signing of the agreement by the parties, ie, 7 July 2015.

The regulator noted that in pursuance of the government’s direction, a three-member committee decided to approve an extension of SCOD by six months.

BESCOM granted an extension by six months considering these facts and considering a substantial investment in the project.

The regulator noted that the petitioner was entitled to the tariff of Rs 8.40 per kWh from the commercial operation date because it had implemented the project within the extended time. Due to the ‘force majeure’ event, it could not commission the project within 18 months from the effective date.