The construction industry employs 35 million people, which is more than the population of Australia or Malaysia, and contributes 8 per cent of India’s GDP. Unlike manufacturing, this sector takes months to mobilise the 4Ms—men, materials, machines and money—for projects. Currently, owing to the COVID19 pandemic, the supply chain has been disrupted. Droves of workers have boarded trains to the safety of their villages as sites have downed shutters with the national lockdown. In the Mumbai Metropolitan Region alone, 10,200 projects, worth Rs 5 lakh crore (Rs 5 trillion), are registered under RERA. The total area under construction is around 80 million sq ft and the total value is Rs 5 trillion. Total loans taken by developers to finance their projects are around Rs 2 trillion. As much as Rs 2.5 trillion has been raised through the home loan route. Given the gravity, it is most important that we contain the pandemic as the longer this takes. the more we lose economically and in terms of progress on development.

The PM has stated that the 21-day lockdown can help us save getting pushed back 21 years. That said, the sooner we can get our construction projects up and running, the quicker we can serve the daily wage needs of 35 million households. China is speeding up construction on major infrastructure projects to mitigate the economic impact of the pandemic. The construction on 89.1 per cent of 11,000 key projects (those in hard-hit Hubei Province are not included) has been restarted as of March 20, as per the National Development and Reform Commission (NDRC), China. Further, 97.8 per cent of the 533 key transportation projects supervised by the NDRC have been under construction, with all major railway projects resuming operation. Construction on some 97 per cent of major highway and waterway projects, 87 per cent of airport projects and 86 per cent of water conservancy projects has also resumed. China is fast-tracking fund allocations from the central budget and increasing special-purpose bonds for local governments to bolster infrastructure construction. Over 1 trillion Yuan (about US$ 144 billion) worth of special-purpose bonds have been issued to major projects.

Recently, you announced a relief package of Rs 1.7 trillion to help workers from this sector. The Labour Minister has written to all states to dip into the ₹ 520 billion Construction Cess Fund to give financial and allied benefits to construction workers through direct benefit transfer (DBT). However, according to data till March 31, 2019, released in response to a Lok Sabha query, cess collected in the welfare funds added up to Rs 496.74 billion. Of this, Rs 193.79 billion had been spent, so close to a fund of Rs 300 billion is available but is mired in administrative red tape.

Here are some more recommendations to help the real estate and construction industry recover: 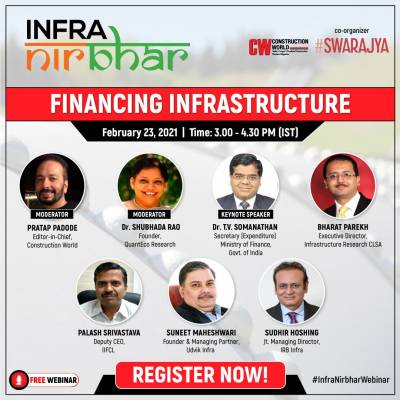 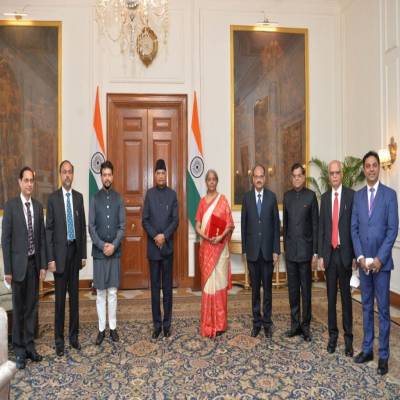