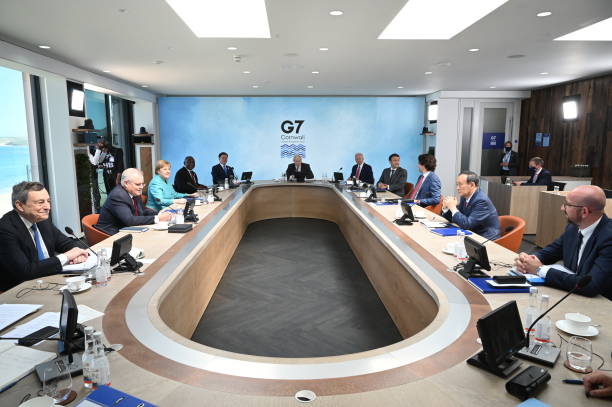 The leaders of the world's wealthiest democracies, G7, have decided to help lower income and middle income countries upgrade their infrastructure to rival China's booming economy.

The decision to adopt the plan was taken during the 47th G7 Summit held in Cornwall, United Kingdom.

The Belt and Road Initiative (BRI) by China has aided many countries in the construction of trains, roads, and ports.

The G7 has also committed to a new plan to prevent pandemics in the future.

One of the measures is to reduce the time it takes to develop and licence Covid-19 vaccines and treatments to less than 100 days.

The plan, along with the final summit communique, will be unveiled on Sunday.

Boris Johnson, the Prime Minister of the United Kingdom, is hosting the three-day event in Carbis Bay, a seaside resort.

The summit is focused on preventing a repeat of Covid-19's human and economic devastation.

This can be accomplished by bolstering global surveillance networks and genomic sequencing capabilities as well as supporting and strengthening the World Health Organization (WHO).

G7 leaders — the United States, Canada, the United Kingdom, Germany, Italy, France, and Japan — are using the summit to remind the world that the G7 can overpower China's expanding power.

This is because the G7 believes that the Chinese investments in Xinjiang include forced labour of the Uyghur minority, which is both morally and economically unacceptable since it prevents fair competition.