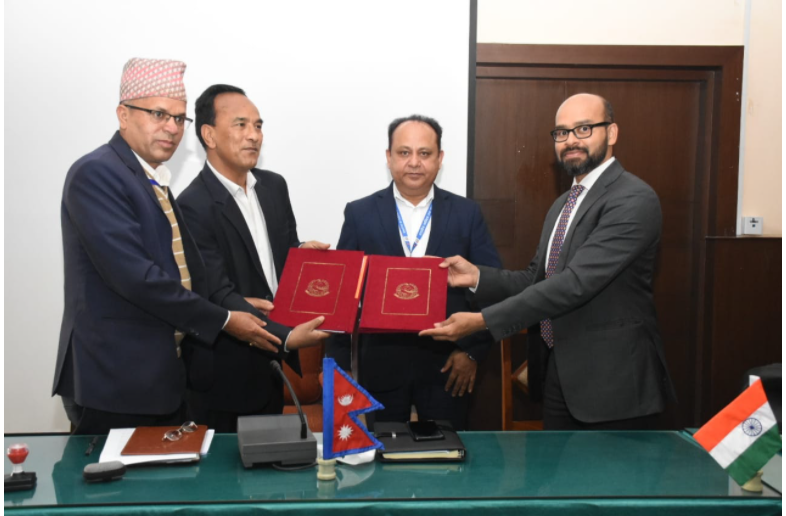 India has extended a grant of Rs 2.76 crore (Nepali Rs 44.17 million) to Nepal for the construction of a new building for Naharpur Secondary School at Butwal-11 in Rupandehi district under the Nepal-Bharat Maitri Development Partnership as part of India's High Impact Community Development Project.

A memorandum of understanding (MoU) for the construction was signed by the Head of Development Partnership and Reconstruction Wing of the Indian Embassy, Ministry of Federal Affairs and General Administration, Nepal and Butwal Sub Metropolitan City, Rupandehi, according to the Indian Embassy in Kathmandu.

Since 2003, India has completed 446 projects across all seven provinces of Nepal in the areas of health, education, drinking water, connectivity, sanitation and creation of other public utilities under the High Impact Community Development Projects programme, earlier known as Small Development Projects.

The Indian Embassy said in a statement that India is also reconstructing 71 educational institutions damaged during the 2015 earthquake in eight districts of Nepal under a reconstruction grant of Rs 365 crore (Nepali Rs 5,800 million).

As many as eight schools have already been completed, work on 62 schools is ongoing, and the Tribhuvan University Central Library project is under tender process.